When my son, Kes, first listened to the Thinking in Pictures audiobook, he kept taking off his headphones and asking in disbelief if Temple Grandin was “really” autistic. I realized that it was one of the first times that he had encountered someone both autistic and famous.

Why doesn’t Kes, who loves acting and scriptwriting, have posters on his wall of celebrities who are on the spectrum? With the dearth of shows and movies about autism, I can think of only a couple with actual neurodiverse actors. When As We See It, the Amazon Original series made the conscious decision to cast autistic actors, I found myself cheering. They were just the kind of role models an aspiring actor like my son needed.

As We See It is a show about the troubles and travails of independent living for three twenty-something people with autism, a topic I have been exploring with this blog. When I told Kes I was going to interview the cast and creator, his eyes lit up. Then, I thought, how great would it be if Kes could do the interview? Here would be a young, autistic, aspiring actor, asking practical, trade questions to professional actors with autism who were, in essence, just the kind of role models he lacked.

As a teenager, Kes waffles between telling people he has autism or keeping quiet, both options having pitfalls. I trust, with time, he will find his own way. This is why I was not entirely surprised when he asked the cast, “Do you tell people during auditions that you have autism?”

“I have been auditioning professionally as a SAG-AFTRA actor since 2004,” Sue-Ann Pien (who plays Violet) said, “and have never talked about being on the spectrum up until AWSI (As We See It) because I wasn’t aware of it until around 2011—the closest inkling that what I was dealing with was what was formerly known as “Asperger’s” was when I auditioned for the “Miriam Wu” role in director David Fincher’s remake of The Girl With the Dragon Tattoo—I was flying back from New York City to audition in Los Angeles and while reading the book, I realized my thought processes mirrored Lisbeth Salander’s easily. Nowadays, because of AWSI, most casting directors would know I’m autistic but I was very adept at masking as an adult (why acting was an easy career for me).”

Last year, Kes co-wrote and acted in a play at his school. He also does improv. But he has only been in theater designed for kids with autism. Acting in an inclusive, theater environment, with neurotypical kids, was harder to find. Kes asked Albert Rutecki (Albert), about his acting experience.

Albert, whose character’s buoyant personality, mixed with social awkwardness, often leads him into trouble, responded, “I’ve been acting in whatever I can for years now. I did some student films in college, including one where I played a demon. My excess of black clothing came in handy that day, and also two lines, in a web series my Professor was working on. I’ve also done theater work including murder mysteries, which are their own sort of exciting and a lot of fun to participate in. It’s a bit of a cliché but this character (Albert, in As We See It) is my favorite role so far. Unlike in a play or a student film, the entirety of the character’s story was not laid out for me. I got to see him grow and change with each episode and I wasn’t sure of my character’s arc and the nuances thereof until I was done and had time to process. It was a different experience for me and one that I’d love to continue.”

Being Autistic and Expressing Emotions On Stage

Kes once told me that being happy or scared are easy emotions to show on stage, but being sad requires much more skill. While Kes feels sadness, he often can’t access the right series of expressions that outwardly demonstrate his feelings. In several of the scenes in As We See It, Violet (Sue-Ann Pien), has dramatic, emotional breakdowns. Kes asked her, “is it hard to make yourself cry while filming?”

“Yes,” Sue-Ann said, “I wasn’t a hardcore crier unless I was in meltdown as a child, and as I got older it was the one thing I could never do in my acting craft. I could fake everything very well up until I needed to shed real tears but I didn’t have a command of that skill in my acting. It wasn’t until I studied for years with acting coach Barry Papick (who came from the Actors Studio and Lee Strasberg/Susan Batson school of acting—otherwise known as “the Method”) that I was able to deepen this part of my acting ability. That’s how I learned to improve my craft until I was able to bring myself to tears on set for Violet’s most emotional scenes where she’s in full meltdown crying.” 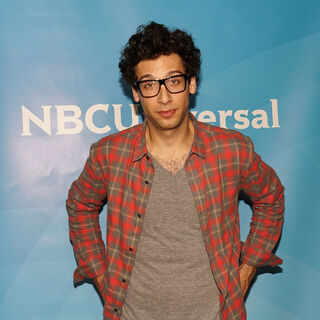 While I wanted Kes to have this interview as his own, I was also touched by many of the father-son scenes between Lou (Joe Mantegna), who is diagnosed with cancer, and his autistic son, Jack (Rick Glassman), who is more independent than the other two characters, but still struggles to hold a job. It seemed that someone who had experienced the anxiety of how their autistic son might survive alone would be able to write these scenes so effectively. I asked creator and producer, Jason Katims, (known for Friday Night Lights, Roswell, About A Boy, and Parenthood), about one of the scenes that touched me the most, where Lou and Jack take edibles together and have this intimate, bonding moment.

“I wanted, first and foremost, to tell this story through the perspective of the three neuro-diverse leads,” Jason answered. “But really, just as important to me, was the perspective of everyone surrounding those three characters. Their parents, siblings, co-workers, therapeutic aides, etc. The Lou and Jack relationship was particularly important to me. I definitely channeled a little of myself in the character of Lou. As a father of a son on the spectrum, I am attuned to that dance that all parents do with their children once they begin to become adults—wanting to, at once give them room to be independent, yet at the same time continue to support them in any ways you can. And sometimes that later part, that wanting to keep supporting, can just seem like not being able to let go. Which can create some tension.

The scene with Lou and Jack, where they eat edibles together, is one of my favorites because the tension between them is uncharacteristically diffused. It was sort of delicious to watch both characters let their guards down. I loved that Lou was able to open up to Jack about his complicated relationship with his sister. And I love that Jack was able to reassure Lou that his cousin’s rejection of him didn’t really matter to him that much. It was one of those unanticipated moments that just happened mainly because Lou was feeling the effects of chemo and was using the edible to manage his pain. But it opened up the possibility for them to have this lovely, unguarded moment with each other. And it seemed to, at least for that moment, bring them closer. I loved the way Jack laughed in the scene. That laugh seemed to come from someplace deep inside of him. It was a sound we never heard from Jack before or since. It was so beautifully unadulterated.”

The Necessity of Inclusion

We know about the psychological impact that a positive role model can have on young kids. Jason Katim’s conscious choice to cast autistic actors in his new series, As We See It should not only be applauded for its accurate portrayal of the struggles of independent living for those on the spectrum, but also for its dedication to inclusivity. Taking this very small, but important step of casting autistic actors makes possible what once seemed impossible; that not only neurotypicals are celebrities and a future in Hollywood can include the neurodiverse (like my son).