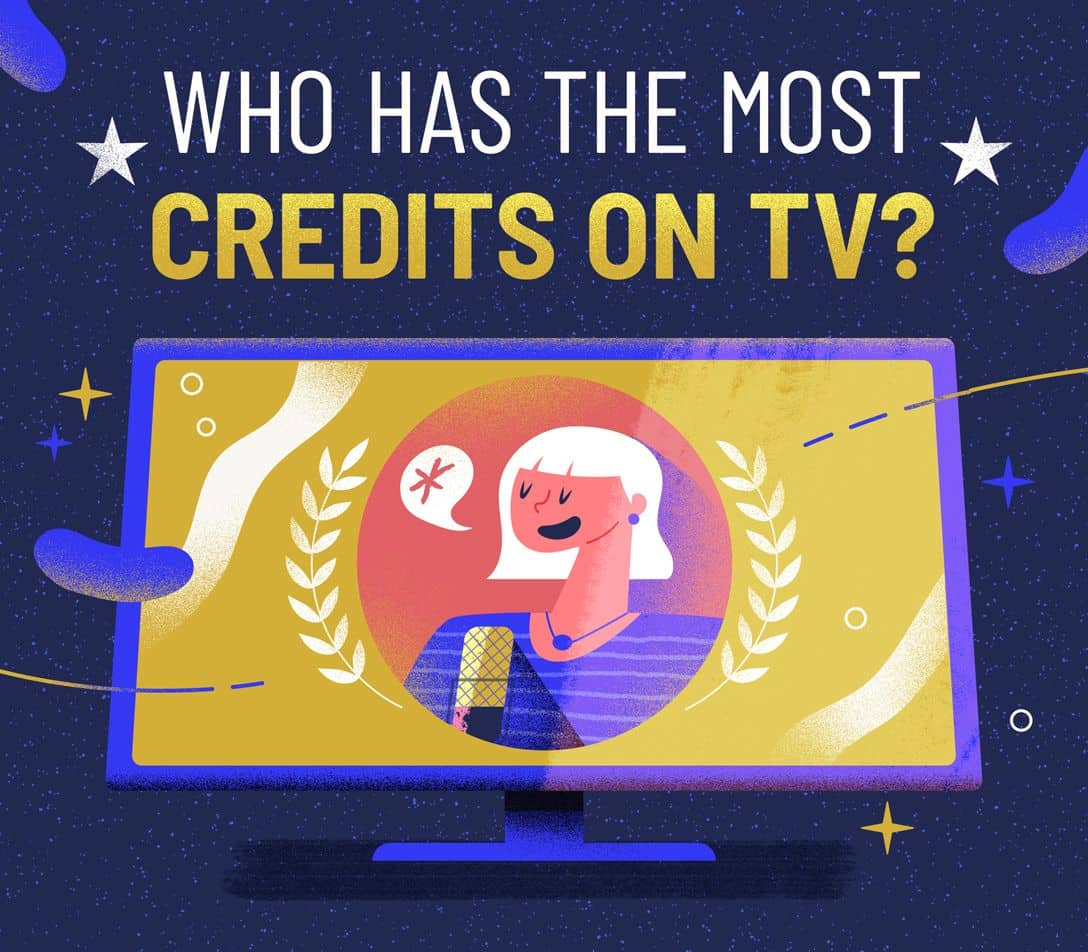 Showbiz is easy, right? You turn up, go into make-up, flash a bright smile at the camera, and then wait for the big cheques to clear. Well, not really. Because many of the world’s biggest stars are also some of the most hard-working people on the planet. Take Hollywood A-lister Mark Wahlberg. He gets up at 4 am to make sure there’s enough time in the day to get everything done. Then there’s  Dwayne ‘The Rock’ Johnson. He averages a 14-hour workday, and that includes weekends.

Stories like these are not the exception. In fact, among the silver-screen elite, they’re the rule. And no one gets anywhere without putting in some serious hours.

But who are the hardest working actors and TV personalities? Resume.io decided to find out. Its researchers poured through years of TV credits stretching back to 2016 to see who are Hollywood’s hardest working stars.

Kevin Hart topped the list with an impressive 134 credits. Over the last few years, the actor and stand-up comedian has appeared in numerous TV comedies and Hollywood blockbusters. And he’s been a regular guest on many of the USA’s most popular late-night talk shows. But it’s Hart’s work behind the camera that really sets him apart. The majority of his credits come from producing and writing.

Unsurprisingly, talk-show legend Oprah Winfrey is the hardest working woman in US show business. She racked up more than 100 separate credits from 2016 to 2020. And she’s certainly reaping the rewards of all that hard work. The talk show host, television producer, actress, and author is currently worth a cool $2.7 billion.

America’s other talk-show queen, Ellen Degeneres, just made it into the top 10 list with 75 credits. Other familiar names include Jimmy Kimmel, actor Jon Ham, and Drag Race presenter RuPaul.

Hollywood has always had a love affair with British talent. And that’s one of the reasons why James Corden has 126 credits on his Hollywood CV. The British comedian charmed US viewers with appearances on The Late Late Show and his Emmy-award-winning Carpool Karaoke series.

Former newspaper editor turned TV presenter Piers Morgan is the second most popular Brit on US screens. But that’s probably more of a love/hate relationship. We could say the same thing about Gordon Ramsey. The fiery TV chef has been a massive hit with US audiences ever since his Kitchen Nightmare series premiered on the FOX network back in 2009.

Here’s a full breakdown of all the other hardest working celebrities in Hollywood.