The cult of celebrity, however spurious, is everywhere in our society, on our TVs and social media feeds and even on traditional billboards. You’d think that motorsport would have renewed its complicated relationship with the glitterati by now, but no. The heights of household-name petrol-powered daredevilry were the 1970s.

The chief exponent of the celebrity race was former Brands Hatch director John Webb, who organised contests that pitted a host of notables against a few game pros and, from time to time, Webb’s roster of aspiring female drivers. The first races were conducted using the track’s fleet of school Escort Mexicos, later replaced by Escort Mk2s – which featured in a race at the 1976 British Grand Prix, where 16 non-Formula 1 drivers were voted for by Autosport readers – and then Talbot Sunbeams.

Radio 1 became involved and hosted its Fun Days at UK circuits from 1973. Celebrity races for “disc jockeys and pop stars” were held alongside races for Formula Ford, Renault 5s and Special Saloons at the first event at Brands. The biggest of these Fun Days happened in 1975, when 47,000 people descended on Mallory Park for a mix of motorsport and pop music. A number of teenage girls ended up in the famous Mallory lake in a bid to accost the Bay City Rollers. 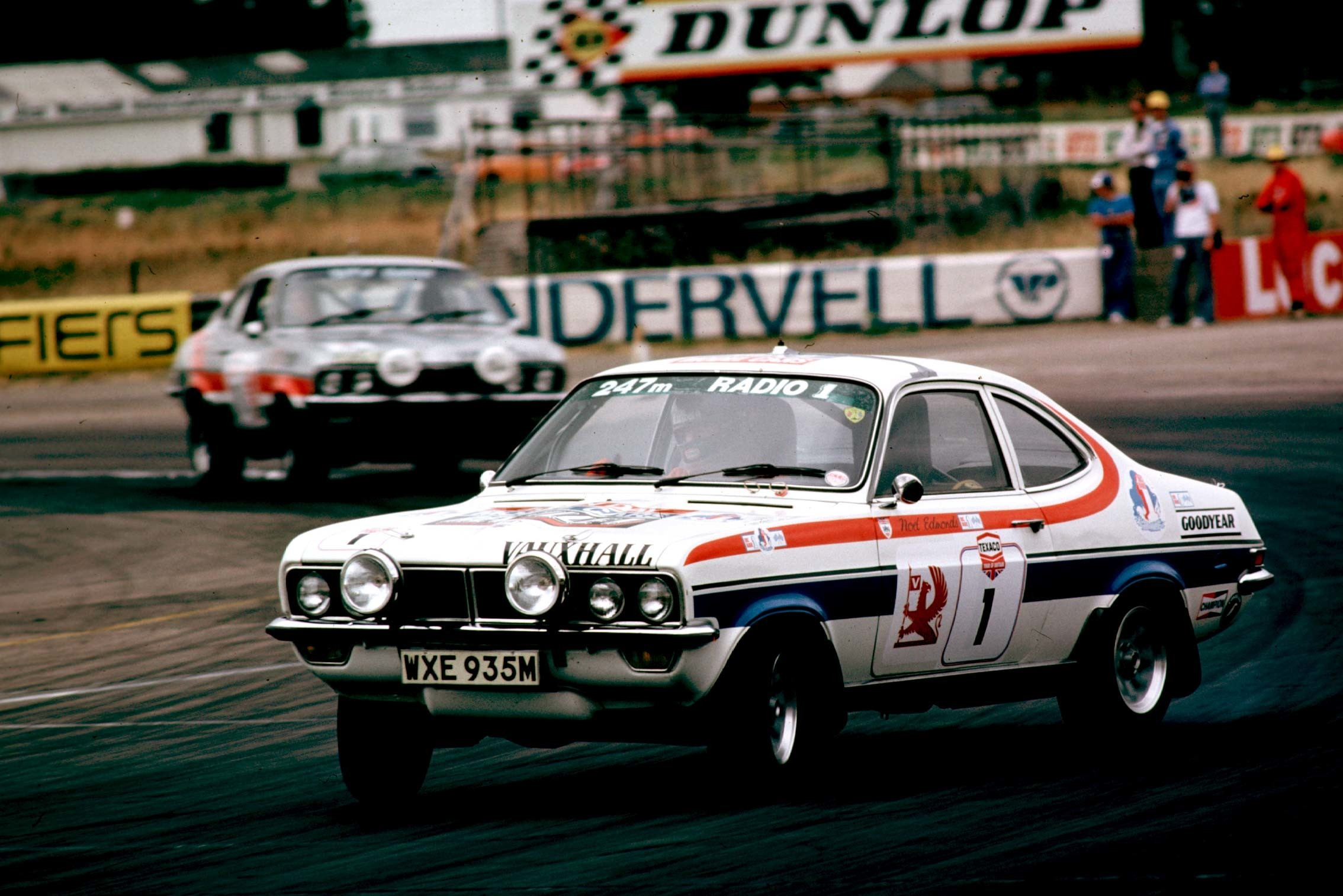 James Hunt (Vauxhall) which he shared with Noel Edmonds in the 1976 Tour of Britain.

It wasn’t just the British national scene that embraced celebrity races. Perhaps the world’s biggest such event was the Long Beach Toyota Pro-Am Celebrity race, held between 1977 and 2016. It was televised and attracted huge names from Hollywood, professional sport and music, as well as motorsport stars from the US and abroad.

Grand prix race weekends haven’t been above this sort of thing. The Alfa Romeo 164 Celebrity Challenge followed the European F1 circuit in 1988 and was one of the lesser-known brainchildren of Bernie Ecclestone, then still at Brabham. The British round was won by the largely forgotten ‘Bungalow’ Bill Wiggins, a property developer whose fame was mainly derived from dating Joan Collins.

If a well-known TV face can stir up enthusiasm among the public for subjects as abstruse as astrophysics, like Professor Brian Cox, or the hitherto niche sport of diving, like Tom Daley, then why not the straightforward joy of motor racing?

I’m probably shouting from the wrong soapbox here. The sort of diehard fans who watch national racing tend to be proud of their non-interest in showbiz, and that’s fair enough, but we can’t deny that casual audiences for motorsport below the level of the BTCC aren’t brilliant, and one upshot of this is lower circuit revenue, translating into rising entry fees for drivers. There’s some extra gate takings to be had from mainstream entertainment fans wanting to see Howard Donald shoving Katya from Strictly Come Dancing off-track before nipping past Jermaine Jenas for a win, but that’s not the only way club motorsport can benefit.

New audiences mean not only new revenue opportunities, but also new faces who might well be willing to throw some cash around. Patrick Dempsey probably faced ridicule from the diehards when he first took to the tracks in 2004, but the actor has since gone on to found a successful sportscar team and provide race seats to many excellent drivers. Ditto Jackie Chan, whose early efforts in motorsport included promoting a Macau support race for female celebrities in Mitsubishis. The team that bears his name has now twice come close to winning Le Mans. Even Noel Edmonds, who got his break in the Radio 1 races of the 1970s, ploughed considerable amounts of his own cash into a Le Mans team in 1997, run by David Price. 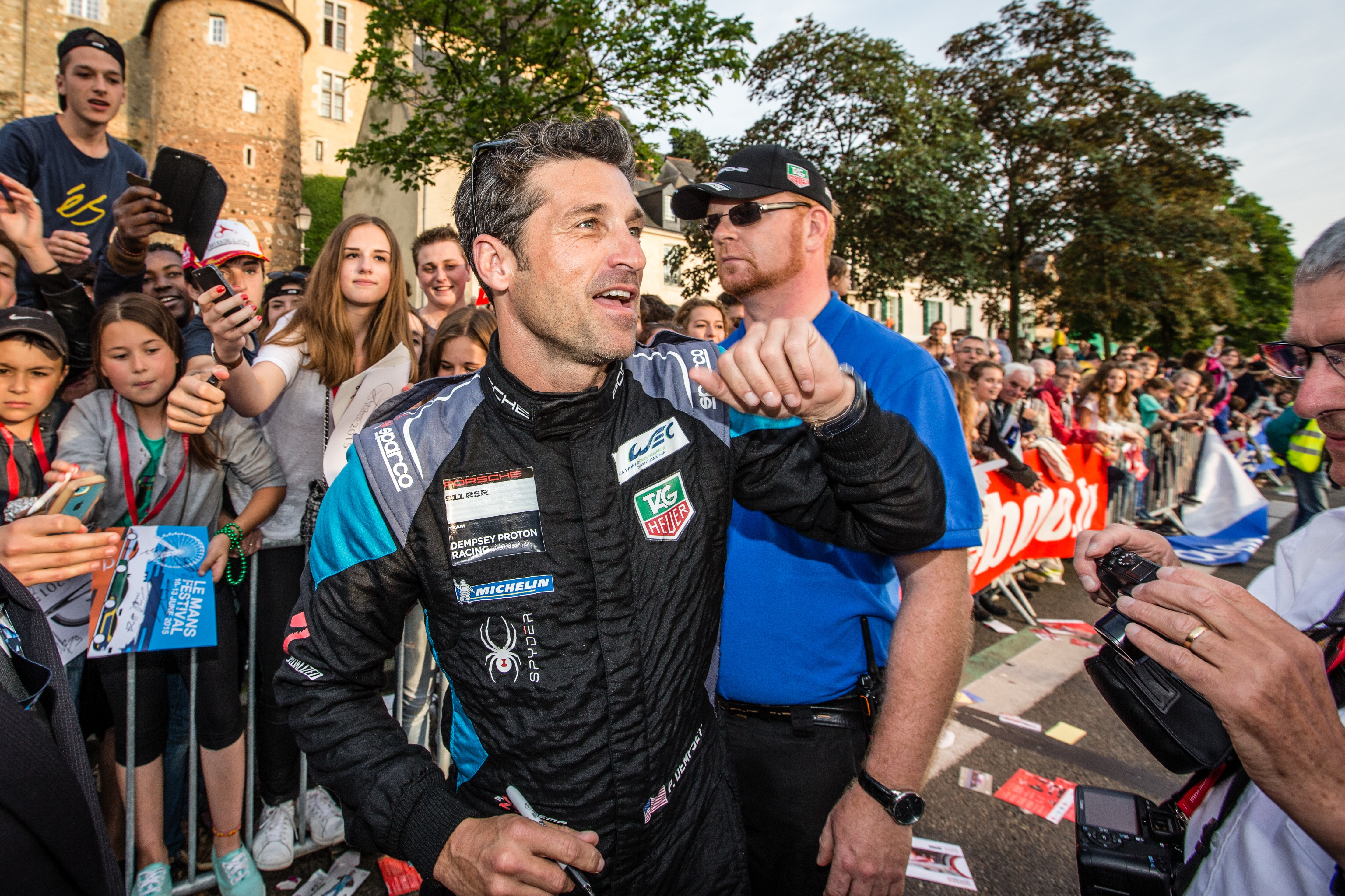 It continues. Chris Martin of Coldplay is one of the backers of VR Motorsport’s winning Pragas in Britcar. Motorsport needs buckets of money, and if that means getting friendly with the big spenders of the entertainment world, then so be it.

Naturally, shoehorning a celebrity one-make challenge into any old meeting isn’t going to do much without any further relevance. Historic racing is a natural bedfellow of our current TV fascination with nostalgia and all things vintage. Why not produce a car-themed episode of The Repair Shop or any of the many auction-based shows currently earning big viewing figures? And what more logical way to link up on track than with a race for relevant faces? The Silverstone Classic has made this work in recent years by putting celebrities in Austin A35s. The cars have become popular on the historic scene, and the chance to drive one has attracted not only the usual suspects like Donald and Steve Parrish, but Olympic cyclist Jason Kenny and boxer Carl Froch.

The eco-credentials of a nascent EV racing scene could open motorsport up to previously sceptical or even hostile audiences, and who better to win them over than some green-minded celebs?

It works the other way, too. Motorsport people, with a few exceptions, have been reluctant to play the celebrity card in the UK. Racing drivers seem remote and do not appear on Dancing on Ice. Yet why not take the career-boosting route opened up by aged-out kids’ TV presenters and unfashionable pop stars?

Purists will turn up their noses, but they’re not the ones who need convincing that race meetings are worth a visit. If a well-known TV face can stir up enthusiasm among the public for subjects as abstruse as astrophysics, like Professor Brian Cox, or the hitherto niche sport of diving, like Tom Daley, then why not the straightforward joy of motor racing? 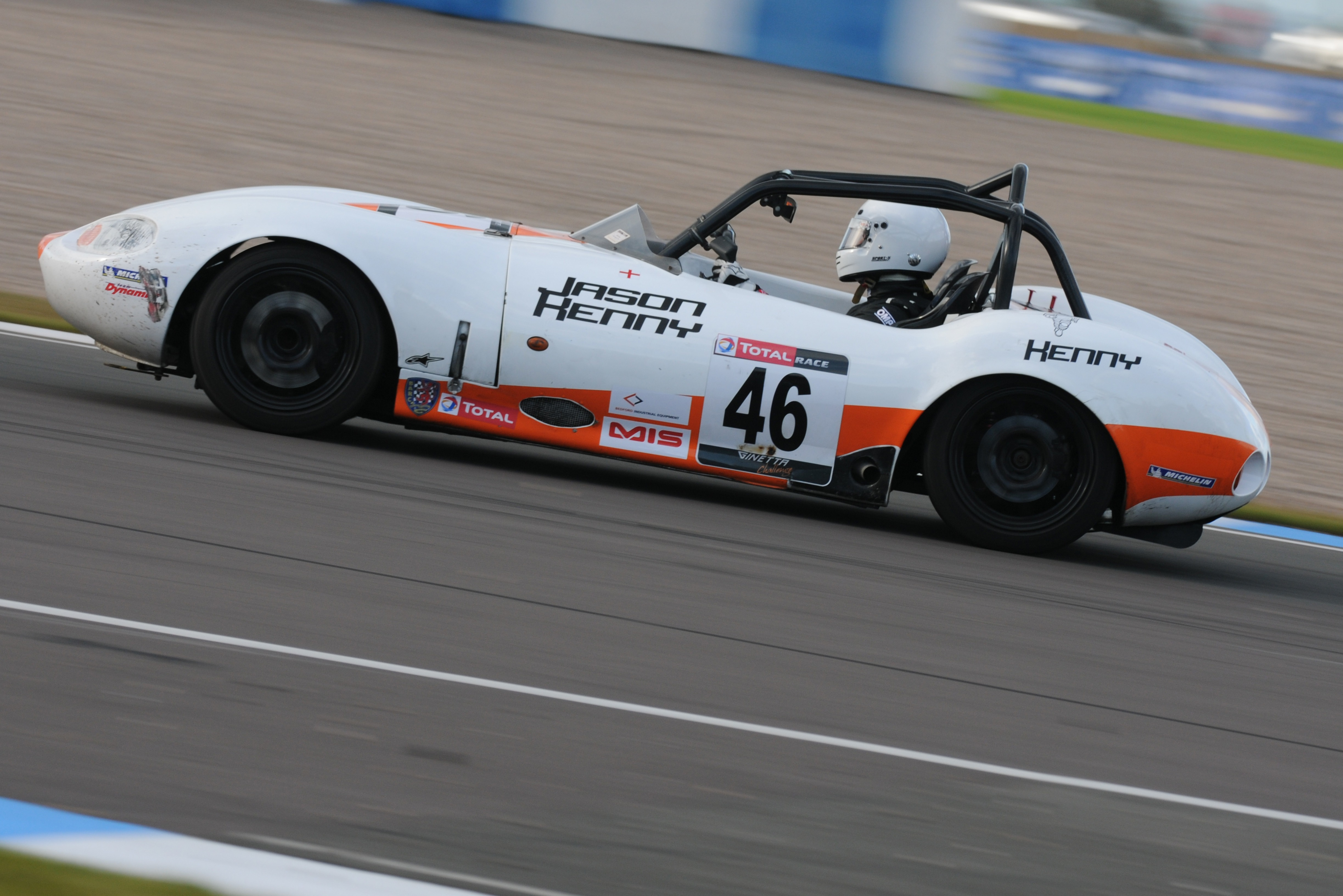