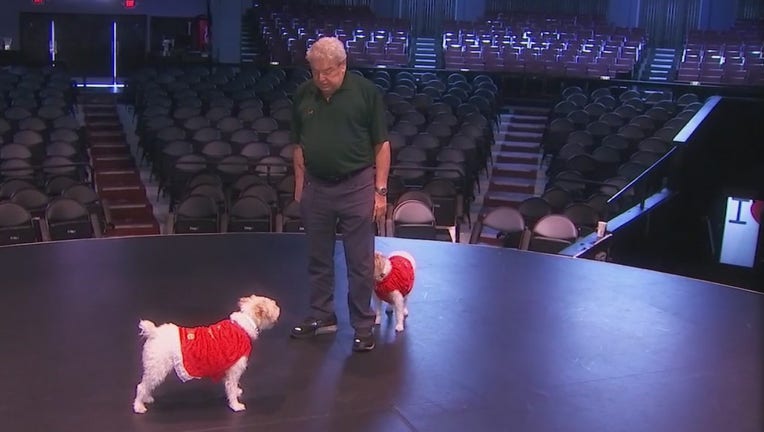 Rich Hazelwood and his two cloned dogs in 2020.

According to a statement, Hazelwood died on the morning of Mar. 1.

“Rich Hazelwood cared deeply about his family, his Celebrity Theatre staff (which he considered family), everyone associated with Celebrity Theatre, and all the Valley supporters who attended concerts and events. He was very proud of the venue and what it means to the community,” read a portion of the statement.

Celebrity theater, according to its website, was originally designed as a conference center that could be transformed into a concert venue. It opened for business in 1964, and reopened in 1995 after renovation.

“Some people said ‘Why would you spend $50,000 when there are all these dogs at the pound that need a home?'” Hazelwood said at the time. “Maybe so, but I wanted my particular dog.”