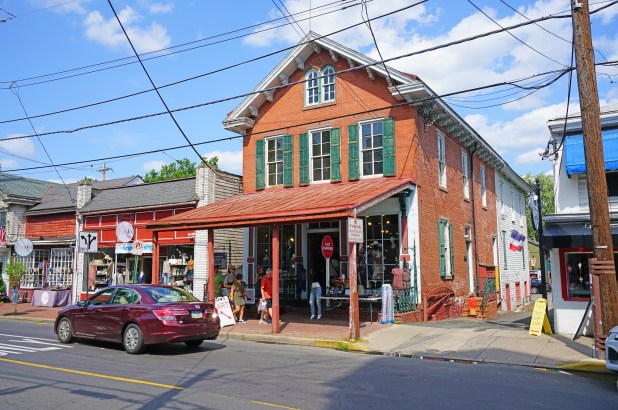 In true Skywalkerian fashion, New Hope, Pa., won’t be defeated by the dark side of the pandemic. Instead, it’s luring new developments (and new celebrities like Gigi Hadid, Leonardo DiCaprio and Tina Fey).
Shutterstock

Not to be defeated by the dark side of the force (aka COVID-19), many delightful, historic but often overlooked weekend escapes surrounding New York are benefiting from increased foot traffic during the pandemic. The prime example of which maybe be the celebrity hideaway and charming riverside village of New Hope, Pennsylvania, in Bucks County.

A skip from where Washington tiptoed across the Delaware, the town was once the halfway point for carriages between Philadelphia and New York.

It has remained convenient in the age of the automobile, at just 90 minutes from Manhattan and an hour from Philadelphia.

Since the 1950s, New Hope has supported paint slingers, hippies, bikers and a thriving gay scene. Today, bohemia is giving way to big spenders and the hamlet of 2,500 residents now attracts a wealth of Midtown executives, Broadway bigshots and celebrities like Gigi Hadid, Leonardo DiCaprio and Tina Fey. 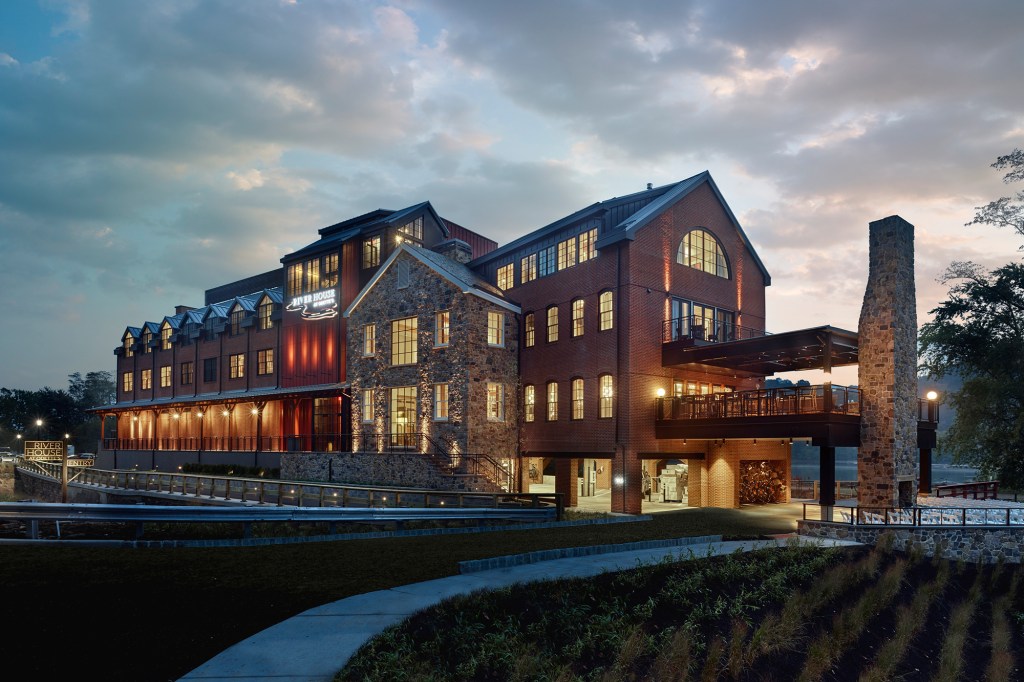 River House at Odette’s is the town’s first luxury hotel. 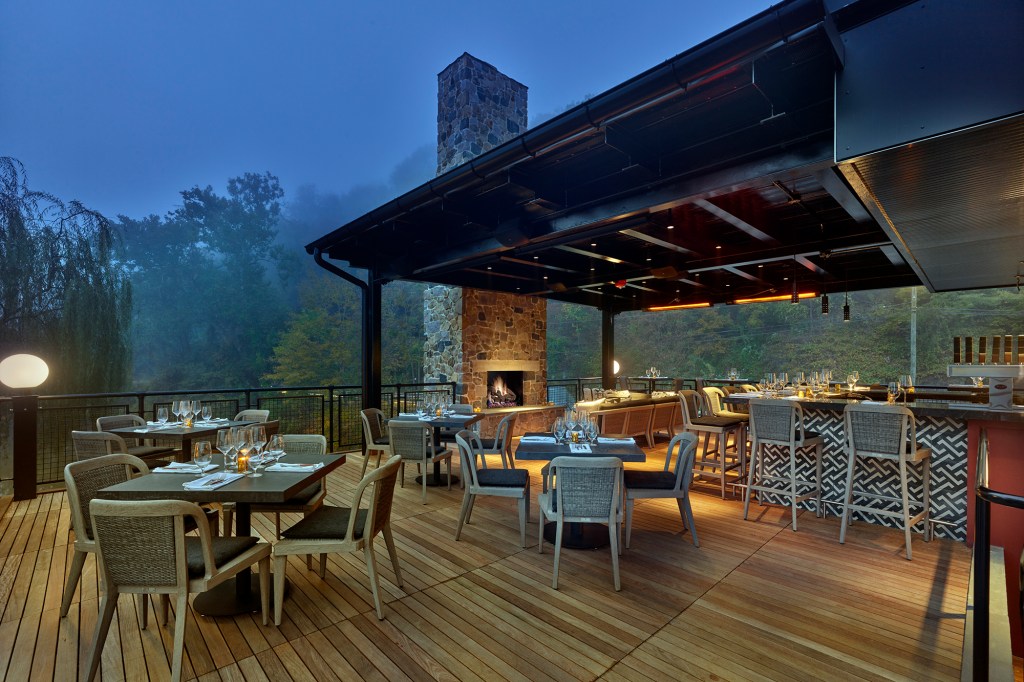 River House’s rooftop club is the place to be.

The ground-floor restaurant at River House at Odette’s. 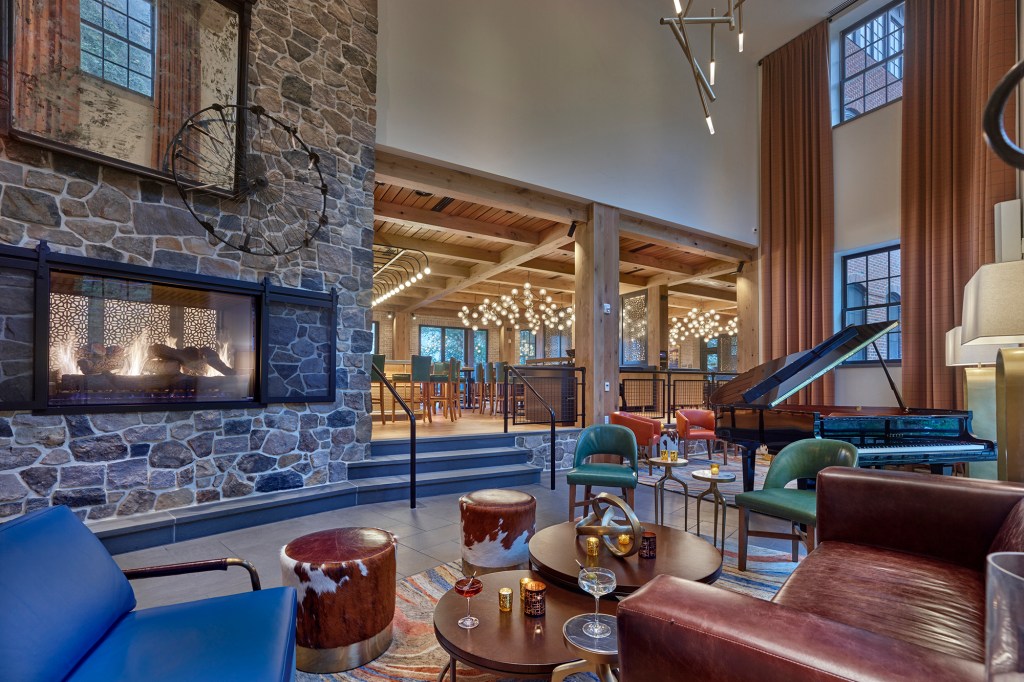 Get cozy by the fireplace at River House. 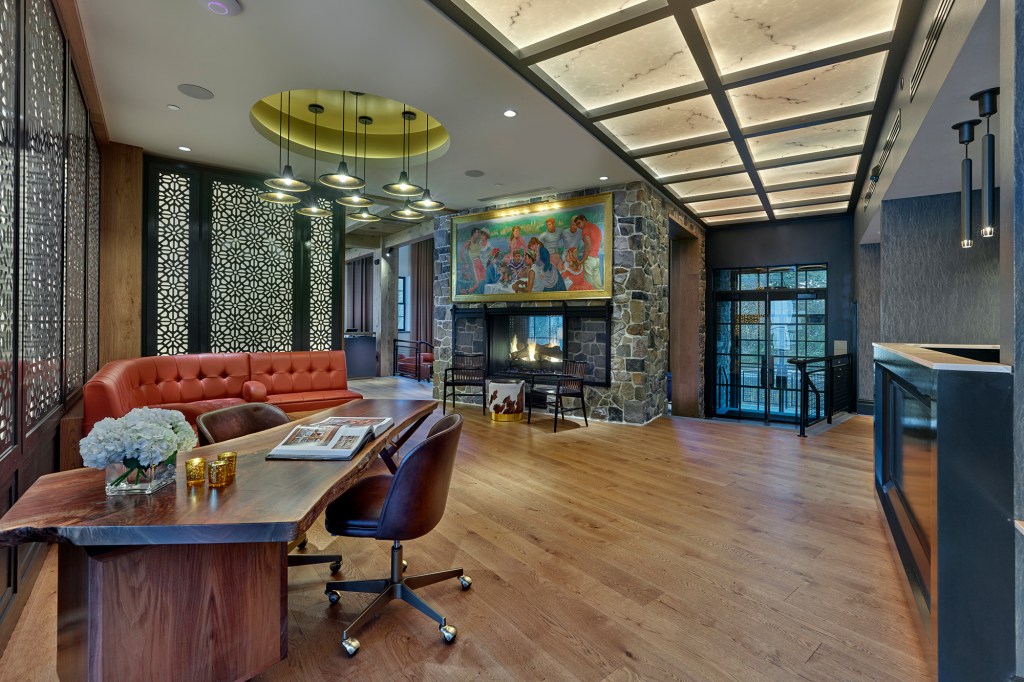 The hotel’s interiors are bright and colorful.

Top Republicans are demanding the Capitol return to pre-pandemic operations,…

“We have a lot of Fortune 500 CEOs and celebrities, but we are totally off the grid,” said Ron Gorodesky, the President of Refined Hospitality, the owner of New Hope’s latest and greatest attraction, the River House at Odette’s, which opened last fall. “New Hope had gone through a period of, dare I say, some decay over the last 20 years. It was time to invest in New Hope and we have invested heavily, as have others. You are seeing a transformation of this town.”

The area’s first modern luxury hotel, River House has just 38 guest rooms and apartment-like suites — yet manages an entirely different scale from even the village’s larger buildings like the Bucks County Play House or the Ferry Market food hall.

Built high above the waterline of the Delaware River, the hotel seems to float like a cruise ship — and in many ways it functions like one (spring rates range from $419 all the way up to $1,900). 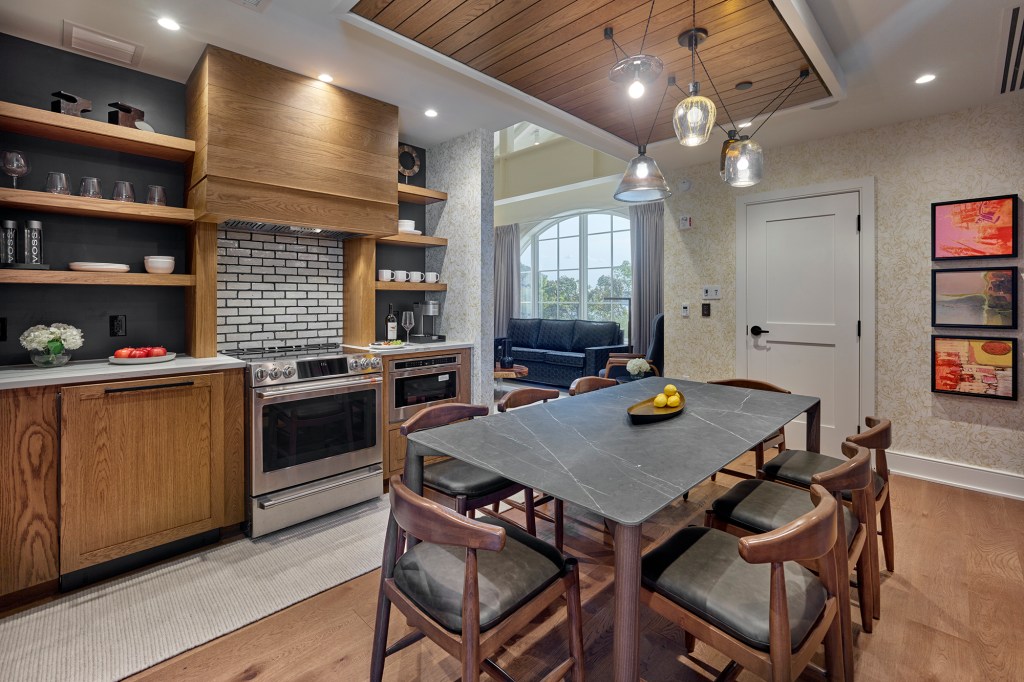 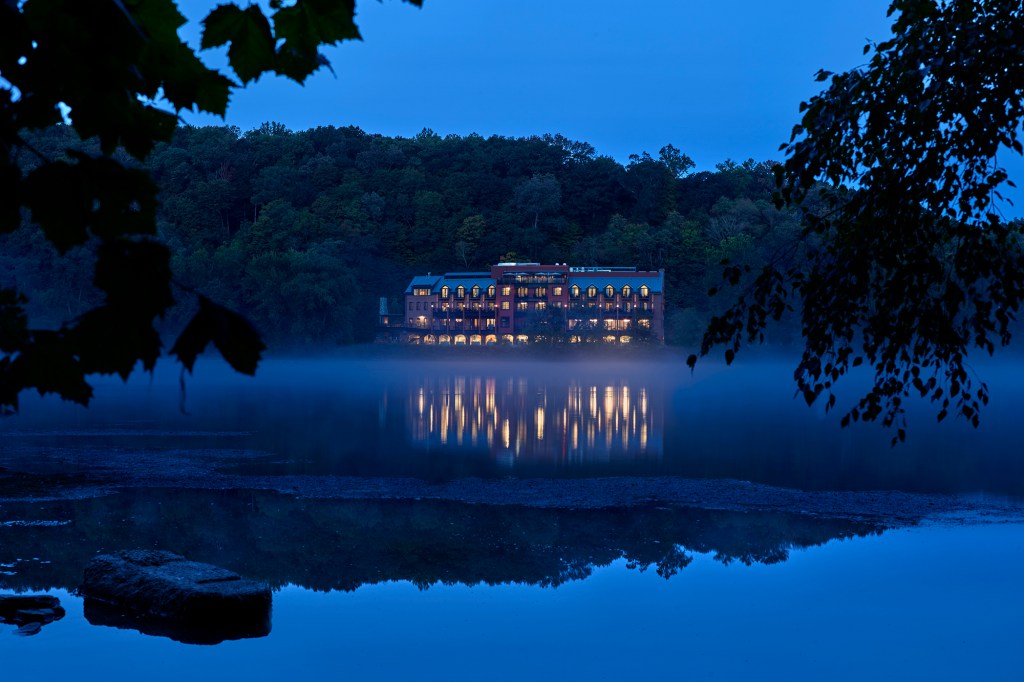 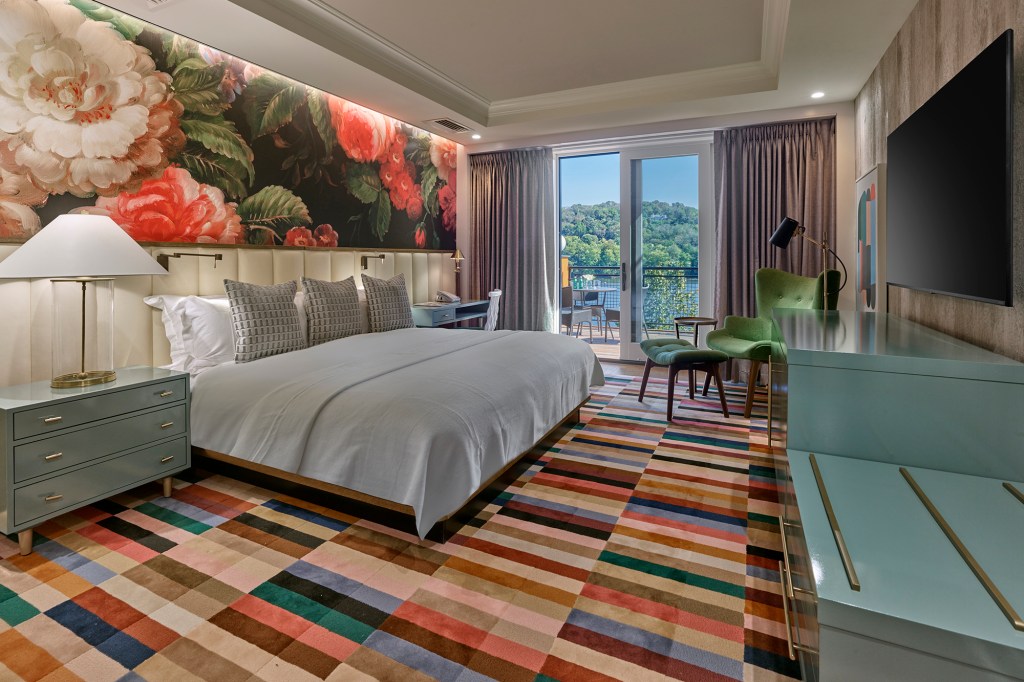 One of the River House’s 38 guest rooms. 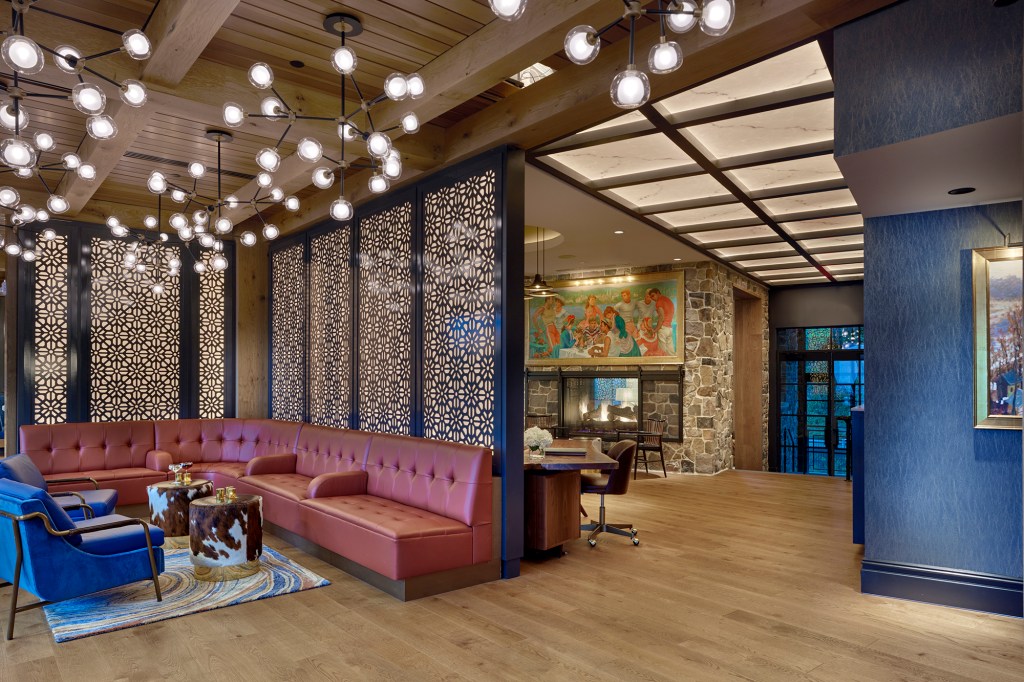 A lounging area at River House. 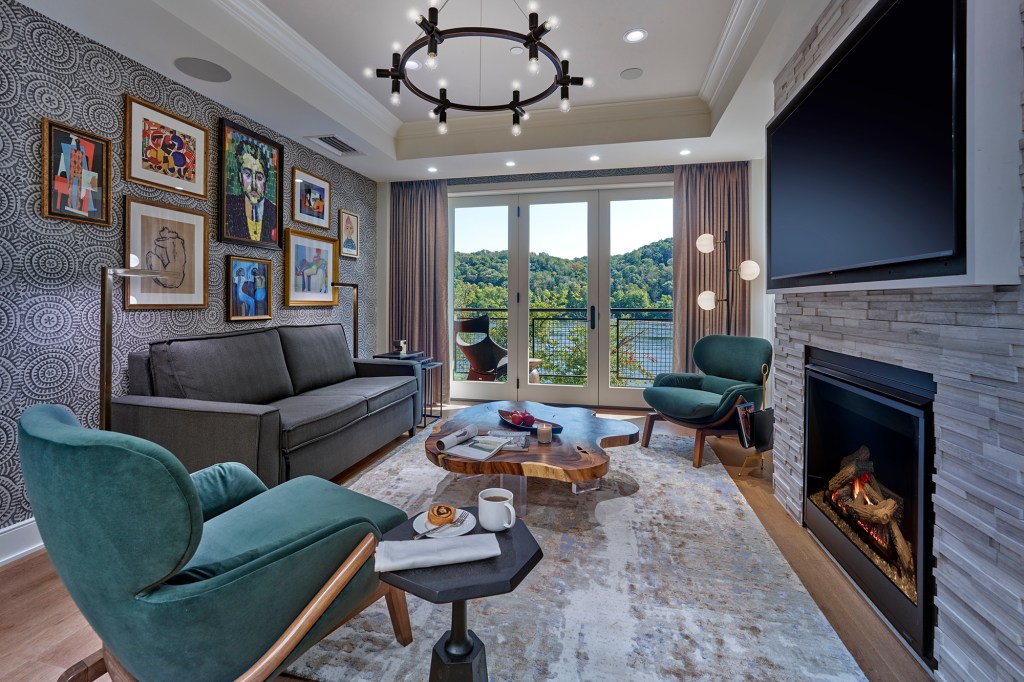 Top Republicans are demanding the Capitol return to pre-pandemic operations,…

The hotel’s ground-floor restaurant, Odette’s, pays homage to the Vaudeville bon vivant Odette Myrtil Logan who, in her later years, operated an eponymous restaurant and piano bar on the site. But it’s the hotel’s buzzy rooftop that’s injected the glitz that the 18th-century village was perhaps lacking. With sultry river views and exclusive menu items, River House’s housetop club Roof already has a 600-person waiting list despite its $1,000 membership fee.

“Roof was a really special vision for me,” Gorodesky said. “I wanted it to have a ’70s feel but also feel like a speakeasy, where we make good cocktails and don’t spare the pours.”

Just outside New Hope, in the town of Doylestown, the Mercer Museum & Fonthill Castle are jaw-dropping triumphs of the Arts and Crafts ethos — and probably the most impressive structures of their school outside Wightwick Manor in England. For more wistful fun, the New Hope Railroad offers agreeably boozy voyages in a turn of the century dining car.

Eating and drinking are the backbone of the tourism economy and especially so here: The area boasts numerous breweries, a few wineries and several local restaurants like the Salt House (a smart, modern tavern in 18th-century digs), Stella (a church to seasonal ingredients named after a one-eared pit bull) and the aforementioned Ferry Market that feels airdropped directly from Brooklyn.

“In this hopefully soon-to-be post-pandemic world, we need to feel inspired and we want the beauty of the river and the hotel to inspire people,” said Gorodesky.