Every year, the entire globe celebrates International Yoga Day’s beautiful occasion on June 21. From talking about the benefits of yoga to making more and more people aware of the way it changes a person’s life completely, it’s one of the most celebrated days globally. It is a well-known fact that yoga is a beautiful amalgamation of physical, spiritual and mental practices to maintain a better living. Unfortunately, many people think that yoga is all about having a good physique. However, sadly they’re not aware that yoga helps in reducing stress, improves healthy eating, increases quality sleep, self-love, and the list goes on.

Yoga is also quite popular among celebrities, and over the years, we have seen many actors, cricketers, and famous personalities promoting yoga and revealing how it has been a part of their lives for so long. Thus, today, we bring you a list of celebrities from different backgrounds, who have been the pillars of promoting yoga in India. So without further due, let’s get straight into it!

Recommended Read: 5 Yoga Exercises To Lose Weight And Look Gorgeous On Your Wedding Whenever we talk about yoga and celebrities in one sentence, Malaika Arora is unarguably the first person whose face flashes right in front of our eyes. Over the years, Malaika has been the face of yoga in Bollywood. Time and again, we have seen her talking about the uncountable benefits of including yoga in your life. Whether we talk about Malaika’s mental well-being or the fact that she is ageing backwards and her well-toned physique can give any young actress a run for her money, the secret behind it all is yoga. However, yoga isn’t all about transforming your physical appearance; it also changes how one looks towards life. On International Yoga Day back on June 21, 2020, Malaika Arora had taken to her Instagram handle and had shared a video, in which she could be seen performing some aasans. Along with the video, Malaika had penned a long note in which she had opened up about the way yoga had transformed her life over the years. Reflecting on the same, Malaika had stated that yoga has also taught her to be grateful for life’s positives rather than worrying about the shortcomings. Reflecting on the same, Malaika’s note in the caption could be read as:

“People who know me, they know that everyday is International Yoga Day for me. Not a lot of you know this but yoga helped me through some of the toughest moments of my life – Both personally and professionally. And I’m not talking about just yoga asanas, I’m taking about leading my life in a way that I focus on the positives, be grateful for the life I have, the people I have in my life and work every single day to get better at it. Yoga has taught me all this. I wish everybody a happy international yoga day!” 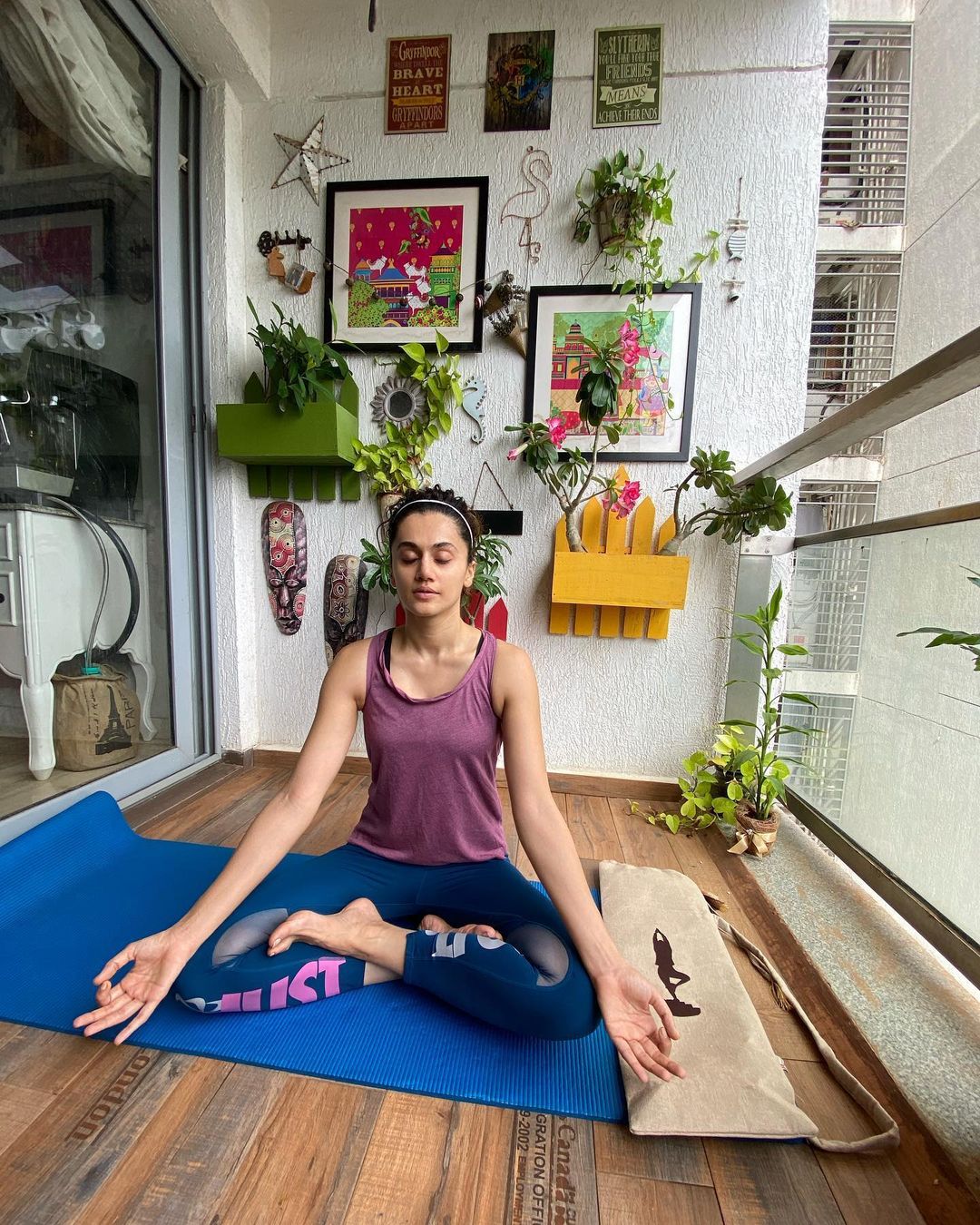 Taapsee Pannu is quite famous for pulling off complex roles in her movies. Time and again, we have seen her getting into the skin of complex characters and winning the audience’s hearts with it. The actress had proved the mettle of her fitness with her performance in the film, Naam Shabana, in which she had portrayed the role of an intelligence officer. The film was packed with numerous stunts and intense shots. One of the biggest reasons why Taapsee had found it extremely easy was her long-lasting relationship with yoga. The actress has been into yoga for so many years. It was on June 21, 2022, when she had explained how yoga had transformed her life. Taapsee Pannu had shared a picture of herself doing yoga at her apartment’s balcony and had opened up about her own journey. In her long note in the caption, Taapsee had also added that she does yoga for a few minutes only but does it every day and had assured her massive fanbase that it had helped her lead a healthy lifestyle, both mentally and physically. Her note could be read as:

“Like most of us, I always thought that yoga is just about twisting our body into complicated contortions and about being a human pretzel. Until @munmun.ganeriwal told me it isn’t. Sitting on the mat every day for a few minutes, trying to tune in even when infinite thoughts might interfere, offers as many benefits to our body and mind. The act of meditating is actually classified as ‘Upasana Yoga’ in Yogic scriptures.” 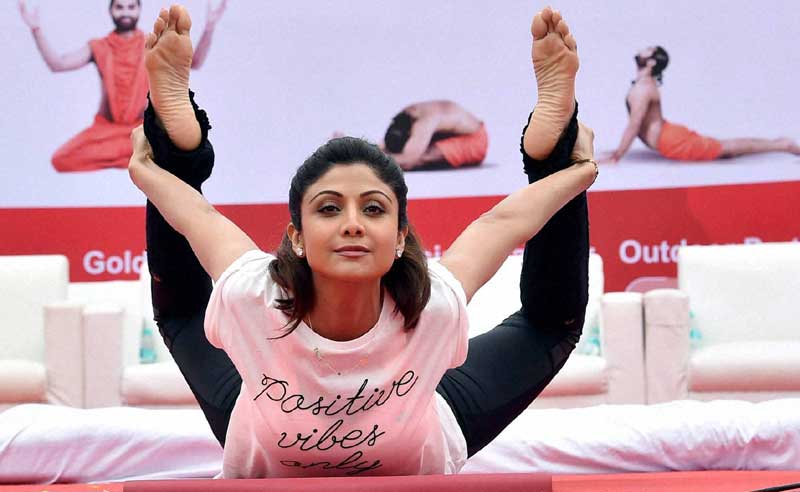 The ever-so-gorgeous actress, Shilpa Shetty Kundra is known for her stunning looks, flawless skin and well-toned body. Over the years, Shilpa has indeed aged gracefully. However, it is not a one-day miracle. The actress follows a strict diet regime and has been performing yoga for over a decade now. Time and again, we have seen and heard Shilpa educating people about how essential yoga is in today’s world and how people can transform their lives by investing some minutes in practising yoga every day. Once in an interview with Pinkvilla, Shilpa had opened up about her views on yoga and had also shared the reason why it has been an essential part of her life for all these years. Reflecting on the same, she had said:

“I suffered from a cervical issue, and that is when I was introduced to Yoga. My physiotherapist recommended it to me to strengthen my spine. So I started doing it only for that purpose only, but I just got drawn to it. It was around 16 years ago now. I just fell in love with Yoga. Slowly Yoga became synonymous to me. The benefits of Yoga are beyond physical. It helps me sort out so many things in my life. If I may say, it has actually aligned me by regulating and controlling my emotions and also balancing my mental faculties.” 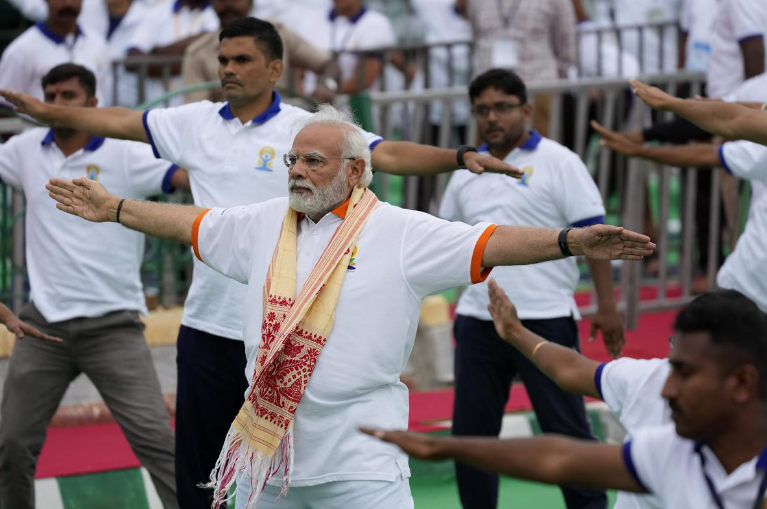 The honourable Prime Minister of India, Narendra Modi has completely transformed the stature of yoga globally. Back in 2014, during his speech to the UN General Assembly, PM Modi had opened up about the importance of yoga in our lives and had proposed the idea of celebrating June 21 as International Yoga Day. The United Nations welcomed the idea with open arms, and since then, the entire globe has been celebrating it every year with huge enthusiasm. Once during his speech, Narendra Modi had talked about the benefits of yoga and had said: 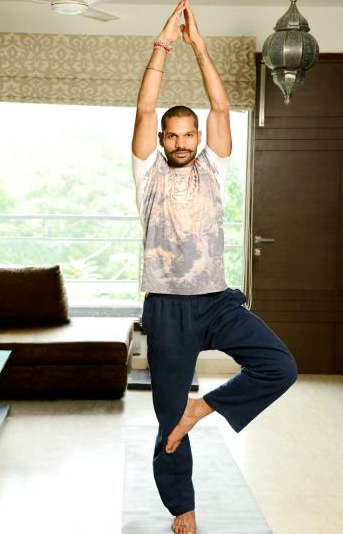 One of the most fearsome batsmen in the world of cricket, Shikhar Dhawan needs no introduction as his impressive records and titles are enough to recite the tale of his legacy in Indian cricket. Not only this, but Shikhar is also among the fittest cricketers in India. Whether we talk about his mobility on the field or his stamina, Shikhar has always credited yoga for upgrading his mental and physical fitness. During a conversation with a yoga startup, Sarva, Shikhar had opened up about the role of yoga in his profession and how it had helped him improve his game. Talking about the benefits of yoga as a cricketer, Shikhar had explained:

“Earlier, my body was stiff. As an athlete I need good mobility. Now I feel much younger on the field, because I can bend easily. I became more patient, as you have to hold your asanas, with a smiling face if possible. All those things helped me in cricket. Even the breathing exercises improved my stamina so much I was not getting tired. Kapalbhati, bhramari bring a glow to your face. See how my face is glowing.” 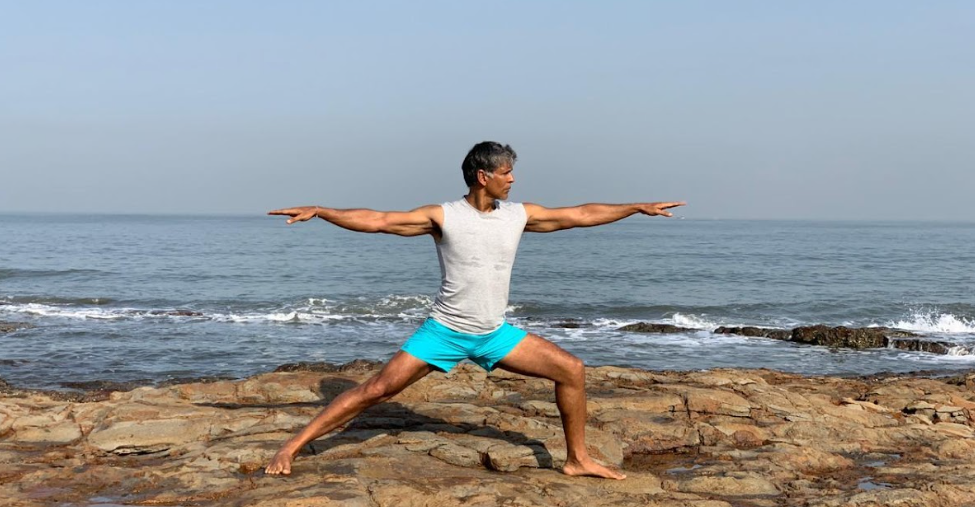 The popular actor, supermodel, fitness enthusiast, and the man renowned for breaking headlines with his thoughts and ideas, Milind Soman is undoubtedly the epitome of a pure gentleman. However, the actor has always been a firm believer in yoga and is one of the pillars of popularising yoga in India. Once in an interview with the Business Insider, Milind Soman had talked about the importance of yoga in today’s world and how everyone needs to make it a part of their lives. He had said:

“I am a firm believer in the power of Yoga, and make it a part of my activity. But I also believe it’s equally important to practice conscious and healthy eating to reap the best benefits of your exercise. I prefer snacking on healthier foods like almonds, instead of unwholesome or fried snacks. Almonds are light and easy to carry, making them a great snack to consume in between meals.”

You May Like This: 6 Celeb Mommies Who Opted For Prenatal Yoga To Stay Happy And Healthy During Pregnancy Popular actress, Soha Ali Khan is one of the most gorgeous and fittest mommies in the Indian film industry. Whether we talk about her physique or mental health, Soha is always there to inspire the world with her thoughts and actions. The actress is the proud mommy of her daughter, Inaaya Naumi Kemmu and time and again, we have seen her doing yoga with her little daughter. Not only this, once in an interview with the Business Insider, Soha had revealed the kind of food she includes in her diet to complement her yoga routine to gain maximum health benefits. Opening up about the same, Soha had shared:

“Yoga is one of my most preferred forms of exercise – as it has a positive impact on the body as well as the mind. To complement my yoga routine, I also follow a healthy diet and ensure eating a handful of almonds every day. Almonds are considered as Sattvic foods, and are a source of 15 key nutrients like protein, Vitamin E, magnesium etc. Additionally, almonds provide energy and according to Ayurveda, they also help in toning all body tissues.” 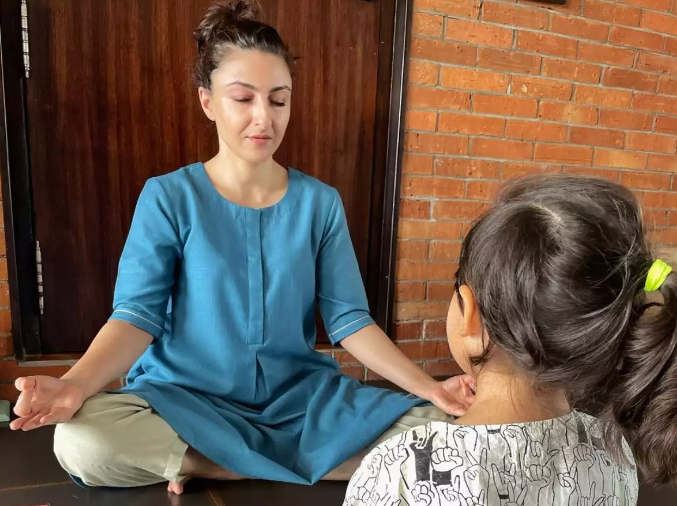 There’s no denying that yoga isn’t all about fitness, as it also helps enhance a person’s mental well-being. Thus, everyone needs to get into the world of yoga, if they dream of having a peaceful life.