Dragon Entertainment convoy of cars headed to a weekend at Atlantic City to attend the 2021 Masters of Martial Arts Expo hosted at Harrah’s Resort Casino in search of celebrities for their production of the Dragon Squad Gangs of New York movie production. In the dragon convoy is international popstar Aaron Paul, former lead singer of UK boys band Worlds Apart, who plays the role as his celebrity self in the upcoming film that will be premiere at AMC Times Square movie theaters in November. Celebrity star of the West meets the East, as Aaron bumps into Hong Kong legendary martial arts superstar Chiu Chi-Ling, famous for appearing in over 70 movies with some of the most iconic Asian superstars including Bruce Lee, Jackie Chan, Chow Yun-Fat and Stephen Chow; his starring credits include Kung Fu Hustle, Snake in the Eagle’s Shadow, and Duel of the Seven Tigers. 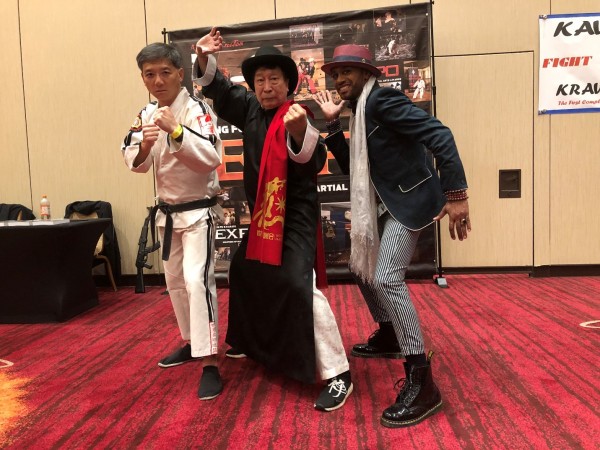 From Hong Kong to Hollywood, we next encounter Clayton Prince, who appeared as a child star in The Cosby Show, before extending his acting resume into many films and television series including Dark Justice, JAG, Spin City, Hack and Cream. 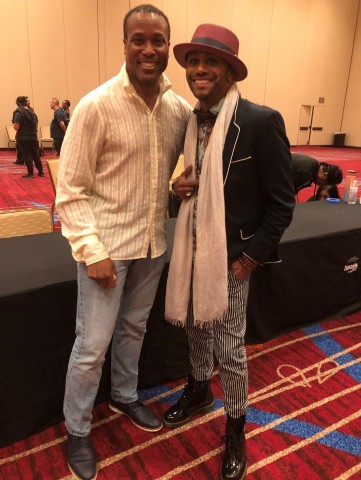 Mortal Kombat is one of the most globally successful martial arts fantasy movie of all time, and inspiration for this genre is Soke David Furie, who is leader of the Black Dragon World Legion with associations in over 70 countries. He took the opportunity at this exposition to present a special honorary induction into his clan to Sifu Cliff Kupper, organizer of this Masters of the Martial Arts event in Atlantic City. 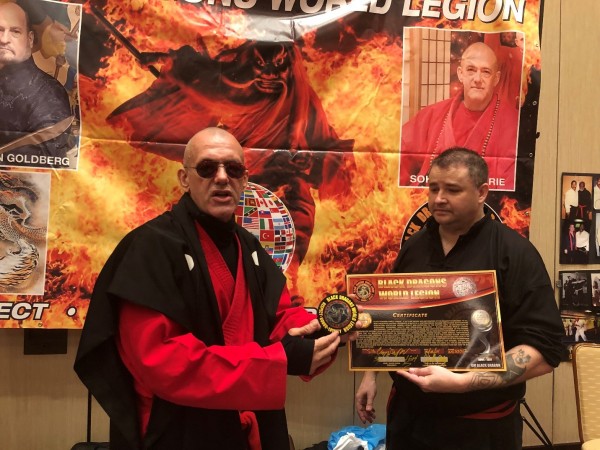 Military and martial arts are inherently linked, as one is used to train the other. But one Military Master that truly stood out with his war exploits is Chief Grandmaster Anthony Smith, a former US Army Major who served gallantly for our nation in Special Operations until he was badly injured by a Rocket Propelled Grenade (RPG) that tore into his torso during his tour of Iraq in 2004. Despite suffering horrendous wounds that would put lesser souls into a wheelchair for life, he fought like a true warrior to regain his physical prowess; to the point that he has been selected to represent the US in this year’s Paralympic Games in the K44-75kg Taekwondo category, and he is currently ranked 2nd in the US and 15th in the world in open sparring. 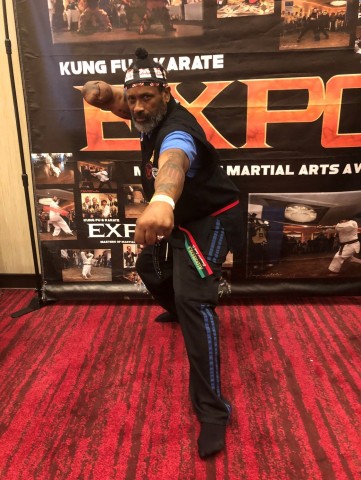 The martial arts celebrities that we encountered in the convention center are not just about fighting: Jose Torres is also a major international influencer in the social media platforms, and publisher of the Action Martial Arts Magazine. Similarly, Dr. Monika Juszczyk runs a medical training service in Internal Medicine and Holistic Living. Even the co-founders of Dragon Entertainment: Grand Master Tyrone Bullock and his wife Jocelyn Nguyen operates highly successful related businesses in the security services and production of action movies and associated music. And the Dragon Squad members that attended provides a diverse sphere of community services that are connected holistically to their love of the martial arts. Ramonita Nina Garcia, who plays the character of Black Widow in the Dragon Squad movie, is the founder of Ray&Nina Video Productions and author of The Scars that Save US. Grand Master Willie “Bam” Johnson has just completed his own independent movie 1 Out of 100, and will now be joining the crew of Dragon Squad, while also running his Point MMA educational curriculum that teaches under-privileged children the martial ways that can be successfully implemented into everyday life activities, including for their academic learning and future career skillsets. Charles Heimlich operates his Heimlich Karate training schools, as well as being a successful actor and published author. 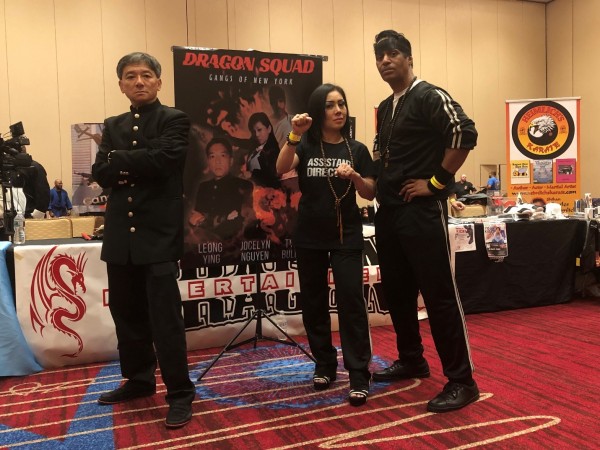 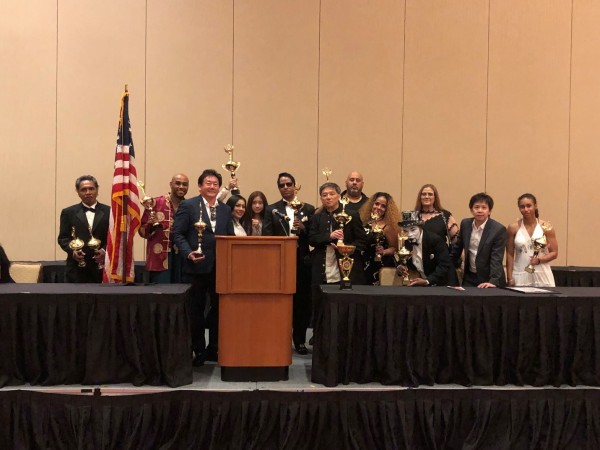