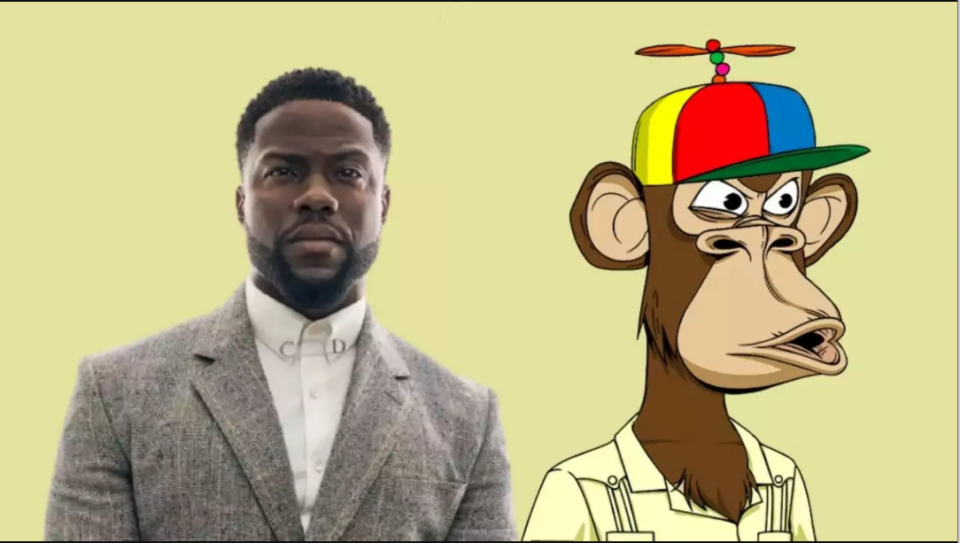 With the purchase, Hart joins the growing list of celebrities getting in on cryptocurrency and NFTs. The NFT Hart bought features an ape sporting a vibrant multicolored hat topped with a pinwheel.

The BAYC is the most popular collection of NFTs by volume, and the NFTs art can include more than 170 unique traits, including facial expression, headwear, clothing, and even jewelry. Since launching in April 2021, the NFT collection has had more than $1 billion in sales turnover.

While cryptocurrency experienced a boom during most of 2021, the value of cryptocurrencies has fallen off a cliff over the last two months. According to a Washington Post report, prices for cryptocurrency, from relative stalwarts such as bitcoin and Ethereum to more exotic tokens, have cratered since reaching all-time highs in early November, wiping out an astonishing $1.35 trillion in value globally, nearly half of the total market.

The drop in value has led to calls for Washington regulators to impose stricter rules and regulations for the industry.

“You’re going to get more people calling their elected representatives, generally unhappy about crypto or feeling they were wronged in some way,” Ian Katz, managing director of Capital Alpha Partners, a Washington policy analysis firm, told the Post. “All regulators and members of Congress want to appear to be alert behind the wheel, and if this turns out to be a continued bloodbath, it increases the impetus for action.”

For Hart, the BAYC NFT purchase is a turnaround from his first comments on cryptocurrency when he called it “voodoo money.”