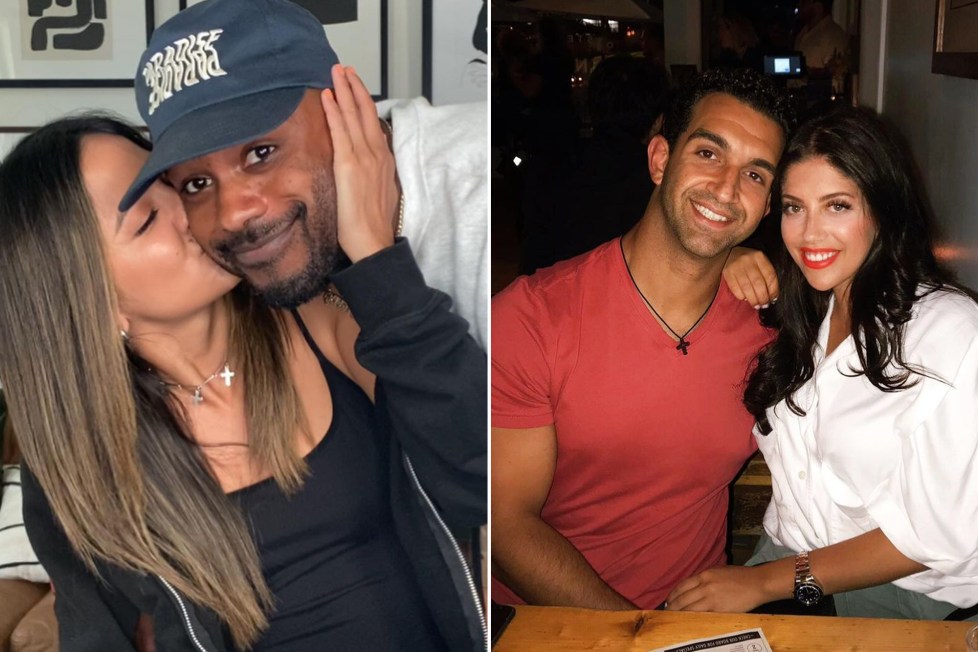 Erin Lim and Joshua Rhodes, and Teddy Kosmidis and Victoria Wakile, were among the celebs who tied the knot in 2021.
Instagram

After wedding after wedding got postponed in 2020 because of the pandemic, things started to pick up a bit for celebrity nuptials in 2021 as restrictions lifted, gathering sizes increased and the COVID-19 vaccine became available. Here are all the stars — from Hollywood power players to reality-TV royalty — who have tied the knot so far in 2021.

Jeannie Mai and Jeezy married on March 27 at their home in Atlanta.
Getty Images

Jeannie Mai and Jeezy got married at their Atlanta home on March 27, a year after getting engaged. The “Real” co-host and the rapper had initially hoped to wed at Lake Como or in the South of France, but decided to keep things intimate and small when circumstances changed.

“We were really looking forward to having all of our friends and family there to celebrate,” Mai told Vogue. “But we had to change all of our wedding plans due to COVID. After Jeezy’s mother unexpectedly passed, we quickly learned that life is too short.”

Nicolas and Riko Cage (née Shibata) are seen at their wedding.

Nicolas Cage married his fifth wife, Riko Shibata, at the Wynn Hotel in Las Vegas on Feb. 16 — choosing that date to honor the birthday of the actor’s late father, August Coppola. Cage and Riko, who met in Shiga, Japan, exchanged traditional Catholic and Shinto vows.

Cage’s most recent marriage before Shibata was to Erika Koike, though it only lasted for four days in 2019.

Although Victoria posted a number of lovely photos and memories, the event couldn’t escape some “RHONJ” drama. After Page Six reported that Kathy’s cousin Joe Gorga and wife Melissa Gorga didn’t attend, Victoria’s brother Joseph sniped on social media, “Lmao we cut those farm animals out of our life years ago that’s why they weren’t in attendance.” Melissa shot back that Joseph was just “sour” his family was no longer on the show, but also said she wishes the Wakiles well.

E! host Erin Lim and the Last Adam founder Joshua Rhodes secretly tied the knot in January but didn’t tell the world about it until almost two months later. The couple, who announced their engagement in September 2020, wed in Lim’s parents’ backyard with Rhodes’ father serving as the officiant.

Jeff Azoff and Glenne Christiaansen wed with Harry Styles as their officiant.
BACKGRID

Hollywood agent Jeff Azoff tied the knot with Glenne Christiaansen in early January, but two of their famous wedding guests — Harry Styles and Olivia Wilde — made an even bigger splash that day than the newlyweds.

That’s because the wedding was where the One Direction star and the actress-director made their big debut as a couple. Styles, who has had Azoff as his agent since 2016, also officiated.