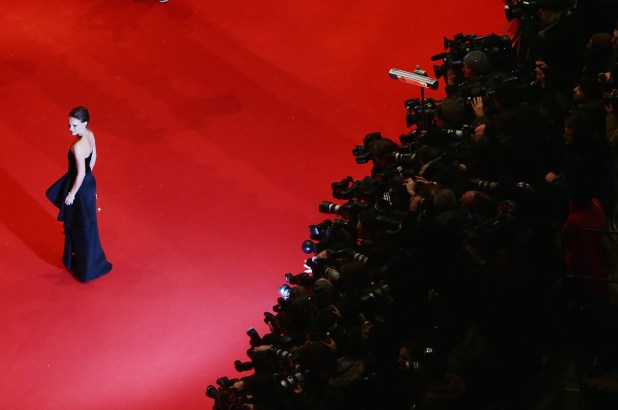 Virtual red carpets may be the new normal, but celebrity stylists aren’t about to give up the glitz and glamour of awards season.

In a Zoom roundtable on Wednesday, top Hollywood dressers discussed the pros and cons of outfitting their star clients for online-only ceremonies, and revealed how they’re getting ready for the 2021 Golden Globes on Sunday, Feb. 28.

“This year, the stakes are much higher — there’s been a vacuum with no carpets happening, there’s going to be a lot of eyes on these carpets,” said Avo Yermagyan. He’s working with Leslie Odom Jr. for the ceremony, who’s nominated for Best Supporting Actor for his role in “One Night in Miami.”

Paying respect to the moment will be key, he added. “For me, it’s more important to be mindful of the tone we’re putting out there; the fact that people are facing real struggles, and although we want to give them beautiful moments and escapism, we still want to make sure that we’re sensitive to what the world is going through.”

At the 2020 Globes, for instance, Yermagyan styled client Nick Jonas in a one-of-a-kind, diamond-encrusted Bulgari watch worth a whopping $1 million. “That’s something I would shy away from this year,” he said.

For many celebs, a virtual format offers an excuse to dress down on a big night. “With the Emmys, Catherine O‘Hara did a Valentino dress paired with combat boots instead of heels, and that’s not necessarily something we would do for a red carpet,” the “Schitt’s Creek” star’s stylist Andrew Gelwicks noted.

Ilaria Urbinati, who’s dressing double nominee Sacha Baron Cohen, plans to follow suit. “We’re definitely going less ‘out there’ than we [usually] would, because he is sitting in his living room,” she said.

Other stylists (and celebrities) who feel starved for Hollywood glamour are planning to pull out the big guns despite the pandemic. “Having a little bit of fun and bringing a little bit of glitz and sparkle back into the world is also great during awards season,” said Brad Goreski, whose client Kaley Cuoco is up for Best Actress for “The Flight Attendant.”

What’s more, pulling off an over-the-top ensemble can actually be easier when stars are attending from home, as there’s an “element of being able to control the final look,” as Gelwicks put it.

“Unless you’re going with them and fluffing the gown, you’re praying that the photo turns out really well,” he recalled of styling pre-COVID red carpets. “This time, we have the ability to maybe do something a little but more extravagant.”

“It’s a different way of working. We are able to cheat in ways we couldn’t if it was an in-person event,” she explained. “We can safety-pin things, we don’t have to worry about tripping over long hemlines.”

And Erica Cloud, who styles “Schitt’s Creek” creator and star Dan Levy, promises that fans of the perennially sharp dresser won’t be disappointed by his Globes getup. “We will have fun with it and be outside of the box — there’s color involved,” she teased.

That said, it seems likely that most stars will opt for more laid-back looks than they would for an IRL red carpet, considering the realities of life in quarantine.

“I say, if you’re wearing pants [without] an elastic waist on them, you’re doing great,” Goreski quipped.