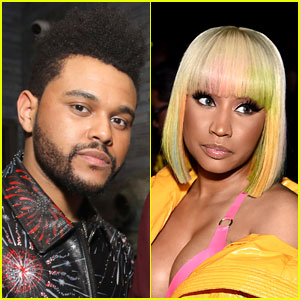 The 2021 Grammys are tonight, and while many artists will be celebrating with nominations, wins, and amazing performances, some celebrities are not pleased with how things went down over the past few months.

Many celebrities were not happy with the Grammy nominations this year. For starters, The Weeknd, who arguably had the biggest album and songs of 2020, was completely shut out of the nominations.

As a result, The Weeknd revealed that he will be boycotting the Grammys forever, and never participating in the yearly event or submitting his name and songs for future nominations.

The 2021 Grammys are set to air live tonight on CBS and we’ll be live blogging the entire show, so stay tuned.

The Grammys remain corrupt. You owe me, my fans and the industry transparency…

Following The Weeknd’s grammy snub, Drake took Instagram stories and wrote that there is a “disconnect between impactful music and these awards.”
Drake shouted out Lil Uzi, Pop Smoke, PartyNextDoor and Popcaan as those he felt had also been snubbed by the Grammys. pic.twitter.com/upSGd284b7

Never forget the Grammys didn’t give me my best new artist award when I had 7 songs simultaneously charting on billboard & bigger first week than any female rapper in the last decade- went on to inspire a generation. They gave it to the white man Bon Iver. #PinkFriday

Fuck the grammys and everyone associated. Unless you shake hands and send gifts, there’s no nomination considerations. Next year I’ll send you a basket of confectionary.