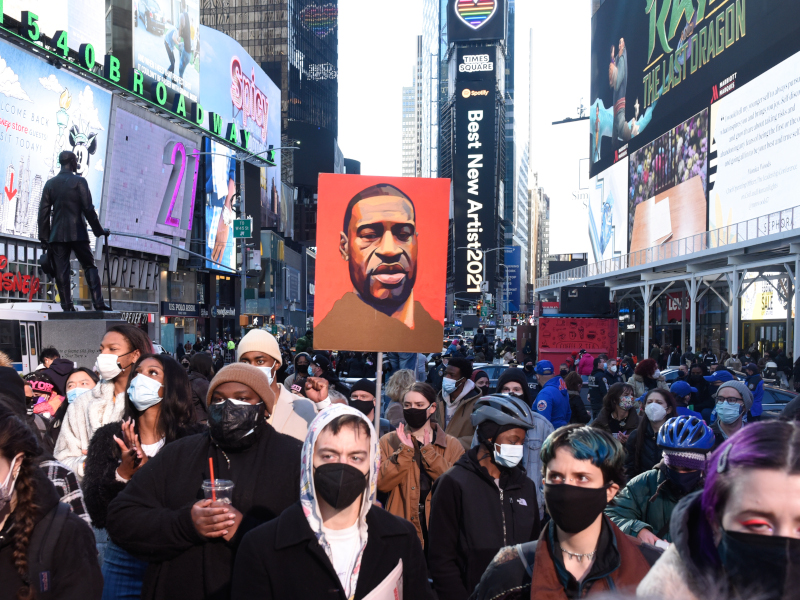 Celebrities took to social media to react to former police officer Derek Chauvin being convicted on all charges after a jury found him guilty in the murder of George Floyd.  According to CNN, Chauvin was found guilty of second degree unintentional murder, third degree murder and second degree murder. He now faces up to 40 years in prison.

Former president Barack Obama tweeted, “Today, a jury did the right thing. But true justice requires much more. Michelle and I send our prayers to the Floyd family, and we stand with all those who are committed to guaranteeing every American the full measure of justice that George and so many others have been denied.”

Floyd’s good friend Stephen Jackson wrote via Instagram, “Justice or no justice I’m riding for life. U changed the world. Your name will be the name of change. You changed my life. I’ve accepted the position u put me in and I promise not to let u down. Prayed to Allah for the best but trust me im prepared for the worst. #justiceforgeorgefloyd and so many more. Only The Righteous. APDTA Long Live Georgie.”

Meanwhile, the Las Vegas Raiders were dragged on social media for tweeted “I CAN BREATHE. Many felt that the tweet was insensitive considering that George Floyd’s last words were “I can’t breathe” as Chauvin knelt on his neck for almost ten minutes,

One person wrote, “Excuse me, what the f**k?” Another wrote, “That Raiders tweet is what happens when you try to commercialize social justice. Brands want to be the first to put out a slogan instead of working with us to create a solution. Stop tweeting and tell me why Kap is still blackballed.”

Ciara: “Thank you Jesus! I’m in tears. May your legacy live on forever #GeorgeFloyd.”

Natasha Rothwell: “THIS IS ACCOUNTABILITY NOT JUSTICE. REMEMBER THAT.”

Kerry Washington: “A guilty #verdict. But this fight for justice is not over. We have a lot of work to do. There is more fight ahead of us. But RIGHT NOW please take CARE of yourself. And let’s take care of each other. Prayers and love to the family of #GeorgeFloyd.”

LaLa Anthony: “Justice was served today. Praying and sending my love to George Floyd’s family today and everyday. He will be remembered forever Folded hands #justiceforgeorgefloyd.”