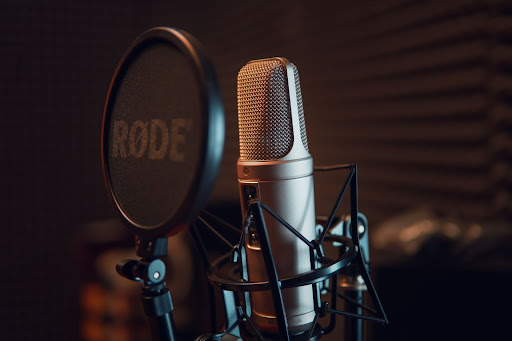 I don’t like the amount of celebrity voice roles we’ve seen recently. I love movies. I consider movies to be both a form of art and entertainment, and as long as the filmmakers made their movie out of some form of earnestness, I really don’t consider any movie to be a bad movie.

However, despite this view, I am also very critical of the things I watch. My family and friends have told me they hate watching movies and shows with me. To quote my sister, “I’d rather just enjoy my movies than try to find things to nitpick.”

I like to be critical of the media I watch, and I believe that everyone should have media literacy, not just for the things that happen on screen, but also in the production. How was the movie made, how were the producers and how was the movie advertised? I’m kind of passionate about film.

One thing that is always front and center in a movie is the cast. Let’s be honest, people most often go to movies for the actors. The amount of people who saw Dune would have been cut in half if Timothee Chalamet and Zendaya weren’t starring in it. Popular cast members make movies successful.

That’s the issue. We’re seeing the same actors cycled in and out. Go look at anyone’s fan cast (where a fan makes the cast for a movie that hasn’t been made) and you’ll see that half of them are Marvel actors.

I’m not exempt from this. There are certain actors I adore and would love to see in any role, but this is making it way harder for anyone who wants to be an actor, and I want to focus directly on voice acting for animation.

It’s hard to get into voice acting. Many young people who are fresh out of acting school are struggling to find a job, or even an audition. There are so many talented voice actors who haven’t gotten a role. This is because voice roles are just being handed to notable names now.

According to onstageblog.com, ever since auditions have transitioned to an online format it has become harder for new voice actors to apply. The article talks on how the cost of auditions have gone up specifically, requiring a nicer microphone, camera, a ring light, editing software and a reader to help you with the lines.

This cost increase has provided another obstacle for those who aren’t well established or already successful. Celebrities will likely have the money required to get this equipment.

Do you honestly think that Chris Pratt is the best choice to be playing Mario in the new Mario Movie? Or that Chris Evans is the perfect casting for young Buzz Lightyear in the new animated Lightyear movie coming out?

My philosophy is that you can take any role, even your favorite one, and no matter how perfect you think that casting is, the director would have found an even better casting if they had looked.

It becomes even more frustrating when the celebrity they choose for the role isn’t even that good of a voice actor. I legally can’t say anything bad about Beyoncé because I love her and she’s perfect, but she did not do well in the new live action Lion King movie because she has no training and very little experience when it comes to voice acting.

It’s abundantly clear that the people in the booth didn’t give her much direction, because, would you? It’s Beyoncé, are you going to tell her that she was anything less than perfect?

Voice acting is a very created and passionate market. Anytime you see these voice actors in interviews about their roles it’s plain to see how much they love what they do. And for the most part they are talented. And that’s what makes it so hard for me to see that the barrier for entry is that much higher because someone decided that Chris Pratt would be the perfect Garfield.