So long, Screech. On Feb. 1, Dustin Diamond, who famously played Screech on “Saved by the Bell,” died at 44 just a few weeks after he was diagnosed with stage 4 lung cancer. His dad and girlfriend were reportedly by his side when he passed away. Many in Hollywood — including his “Saved by the Bell” castmates — paid tribute to the nostalgia-inducing actor on social media. “Dustin, you will be missed my man. The fragility of this life is something never to be taken for granted. Prayers for your family will continue on,” “Bell” co-star Mario Lopez teeted. Mario spoke at length about their relationship — they’d spoked just a few weeks earlier — in an interview with Variety, saying of Dustin, “He was iconic. … His little looks and facial expressions and voice and the way it cracked, it was just the quintessential goofy, lovable fun nerd [character on ‘Bell’] and it really resonated with the kids. And that was all him; he was kind of like Screech in real life. … He was an integral part of the chemistry and the comedy, and I don’t know if it would have worked without him.” Keep reading for more…

“Deeply saddened to hear of the passing of Dustin Diamond, a true comedic genius. My sincere condolences to his family and friends. Looking back at our time working together, I will miss those raw, brilliant sparks that only he was able to produce. A pie in your face, my comrade.” –Mark-Paul Gosselaar

“I am deeply saddened by I the news of my old co-star @realdustindiamond passing. Life is extremely fragile and it’s something we should never take for granted. God speed Dustin.” –Tiffani Thiessen

RELATED: Stars we lost to the coronavirus

“I’m grateful to have gotten to create with Dustin when we were at the beginning of our dreams coming true. I will hold onto those sweet memories and the laughs we shared. Rest In Peace” –Elizabeth Berkley

“My 1st onscreen love Dustin Diamond got his Angel wings today… –Before there was David and Donna there was Screech and Violet. Dustin was my first onscreen kiss. He welcomed me with open arms onto the set of Saved By the Bell. As one can imagine being the newbie on a hit show was overwhelming for a 14 year old girl. He not only showed me around but made sure I was always ok. Such a young gentleman. He was kind, smart, and always making everyone laugh. He was a great scene partner. He was a really good guy. I’m sad after the show we never had much contact aside from occasionally running into each other at events. I’m glad he’s out of pain. He’s an icon to me professionally and personally. RIP Samuel love, your Violet” —Tori Spelling

“So sad to hear about the passing of Dustin Diamond, he was a total pro on Celebrity Championship Wrestling and always have his heart to perform his best, loved it when he came to Clearwater to see me and Knobbs. God Speed my friend R.I.P.” –Hulk Hogan

“Damn… rest well Dustin. Thanks for Screech. You made many kids that’s now adults laugh. Will never forget the celebrity boxing… you lived man. Quite entertaining. Gone too soon” –Marlon Wayans

“Our hearts go out to the family, friends and fans of actor #DustinDiamond who passed away today at the age of 44 after a short battle with cancer.” –Wendy Williams

“I’m saddened to hear the news of the passing of Dustin Diamond. I’m grateful for the time we shared together on my show and for him openly sharing his story. He will be missed.” –Dr. Oz

“Dustin Diamond you really were a diamond who gave the world one of the most lovable tv characters .. thank you for making my childhood a little more funnier.. rest now. Condolences to his family.” –Loni Love

“Dustin Diamond I and crossed paths many times. The last time I worked with him was on Hulk Hogan’s Celebrity Wrestling. He gave it his all and knew more about wrestling than any of us. 44 is far too young. #RIPDustinDiamond” –Danny Bonaduce

“Oh lord. #rip Dustin. I’m shocked. I remember all of the times we were there for each other on set of #cbb… You were talking me out of feeling sorry for myself. You were a sensitive yet strong soul. I’m so sorry” –Courtney Stodden

“RIP #Screech @dustindiamond I will miss your random texts/videos of the most hilarious jokes and your absolute love for all things music. Sad that we never got to jam together. Hope you get to keep playing music up in Heaven.” –New Found Glory drummer Cyrus Bolooki

“I once paid Dustin Diamond $10 for his autograph. I know I still have it somewhere too” –Laura Jane Grace 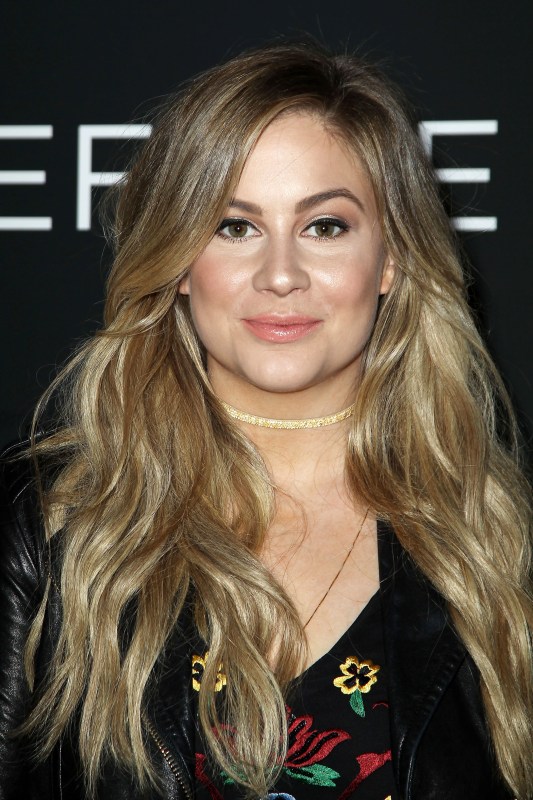