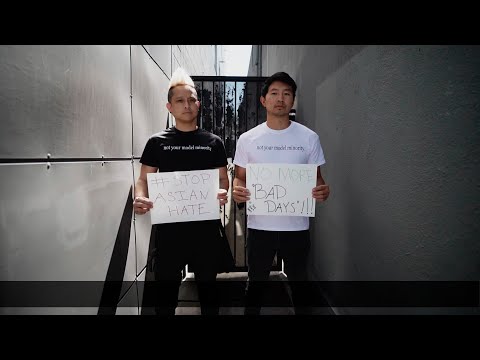 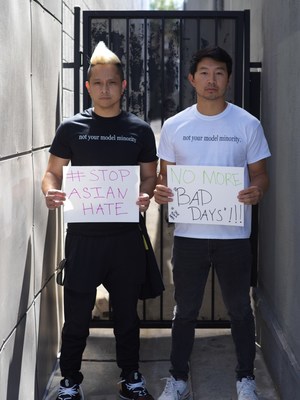 “There’s a long history of Asian discrimination in America, but there’s an equally long history of Asian American activism,” said Liu, known for his role as “Jung Kim” in Kim’s Convenience and appearing next as “Shang-Chi” in Marvel Studio’s Shang-Chi and the Legend of the Ten Rings. “It’s our responsibility to continue that fight and that legacy.”

Basco, whose recent film “The Fabulous Filipino Brothers” premiered at SXSW, noted, “The song ‘Tonight’ is a reminder to stand together, tonight and every night, against fear, hate, and violence.”

In response to the staggering increase of anti-Asian sentiment and violence in the last year, Lee hopes all people will speak out. The music video shares community resources and ends with a call-to-action to report all hate crimes or incidents.

“What began as an anthem to support #BlackLivesMatter has evolved into uplifting the AAPI community and the LGBTQIA+ community – really, empowerment for all people,” said Lee, who wrote, recorded, and performed “Tonight” as one half of the DJ/EDM duo The Hotel Lobby.

Developed and produced by an Asian American team, “Tonight #StopAsianHate” is directed and edited by Johnny Lee with producers Jessica del Mundo, Gilbert Le, and David Christopher Lee. All proceeds from digital purchases of “Tonight” will go towards StopAAPIhate.org.

ABOUT JOHNNY LEE
Johnny Lee is a Vietnamese American artist with decades of experience in the entertainment industry as a composer, musician, and award-winning director. In 2017, his work as director of “Stand Up/Stand N Rock #NoDAPL” by Taboo of the Black Eyed Peas, featuring Shailene Woodley and the “Magnificent Seven” Native American artists, earned him an MTV VMA in the cause-related category of “Best Fight Against the System.” Lee appears in “Tonight” with A’shanti as DJ/EDM duo The Hotel Lobby. For more information, follow @TheHotelLobby on Instagram or visit http://johnnyleefilms.com.