The Cannes Film Festival is on in full swing and celebrities from around the globe are serving extravagant looks that have the fashion mongers hooked to their social media feeds.

5 designers that are a hit at the Cannes Film Festival this year: 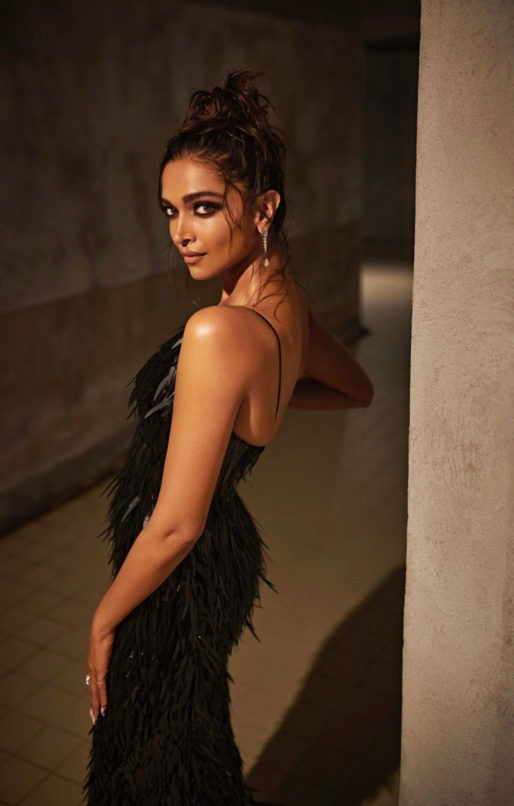 Cannes Film Festival is an annual gathering that felicitates filmmakers and films from around the globe and this year, India has been chosen as the ‘country of honour’. The esteemed title was bestowed owing to the great cinema that the Indian film industry has churned out in the last few years and the impact that it has in global entertainment. Amongst the eminent jury this year was Indian actor, philanthropist and entrepreneur Deepika Padukone, who graced the centre stage and made the country proud.

Apart from Deepika, the red carpet at the French Riviera was also graced by a number of actors and influencers this year. Aishwarya Rai Bachchan, Pooja Hegde, Tamannaah Bhatia, Hina Khan, Aditi Rao Hydari, R. Madhavan, AR Rahman, were some of the celebrities that walked the glorious carpet this year. They were joined by creators and influencers Masoom Minawala, Malvika Sitlani, Tarini Peshawaria, Diipa Khosla and many more.

With a list of celebrities that not only excel in their respective fields but have also made quite the mark in the fashion scene, the red carpet was a galore of glamour and style at Cannes 2022. With princess gowns, embellished couture and statement looks, the red carpet was a feast for the eyes. Amongst the many brilliant designers this year, there were a few labels that seemed to be a favourite amongst the attendees. We saw many designers and couture houses dress up several celebrities for the red carpet. Here are the top 5 brands and designers that made recurring appearances at Cannes 2022. Take a look.

An absolute favourite in India, Sabyasachi Mukherji has dressed some of the biggest names in the country for the Cannes Film Festival. One of his first and most talked about looks was when he dressed up Vidya Balan for the 66th Cannes Film Festival. Almost a decade later, the very first look that we saw this year was by Sabysachi. Deepika Padukone attended the jury photocall in an ensemble from Sabyasachi’s Tropic of Calcutta Collection. The same night, Deepika wore the Bengal Tiger saree and traditional jewellery by the designer. Apart from Deepika, Aditi Rao Hydari wore a simple white drape by Sabyasachi and her final look for the festival was a hand-dyed tulle portrait gown with heritage jewellery from the brand. 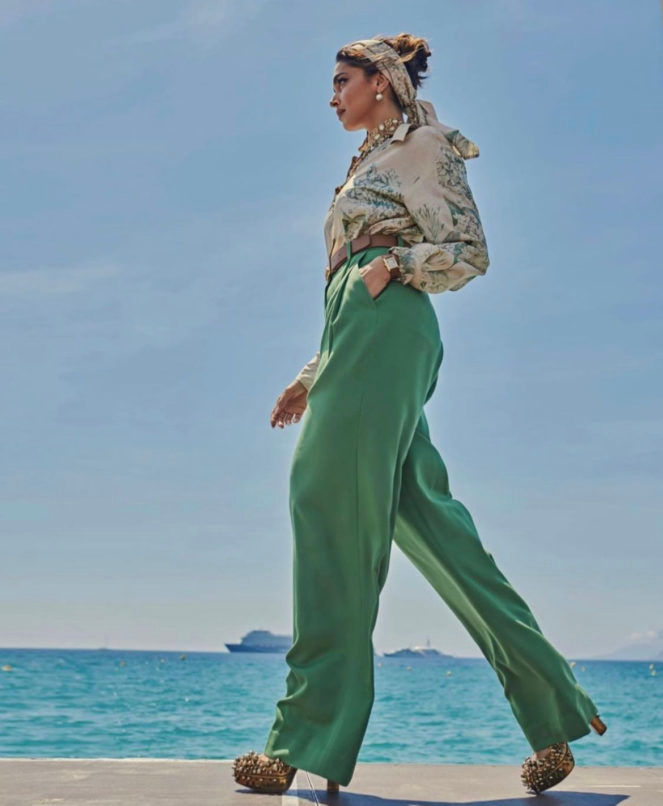 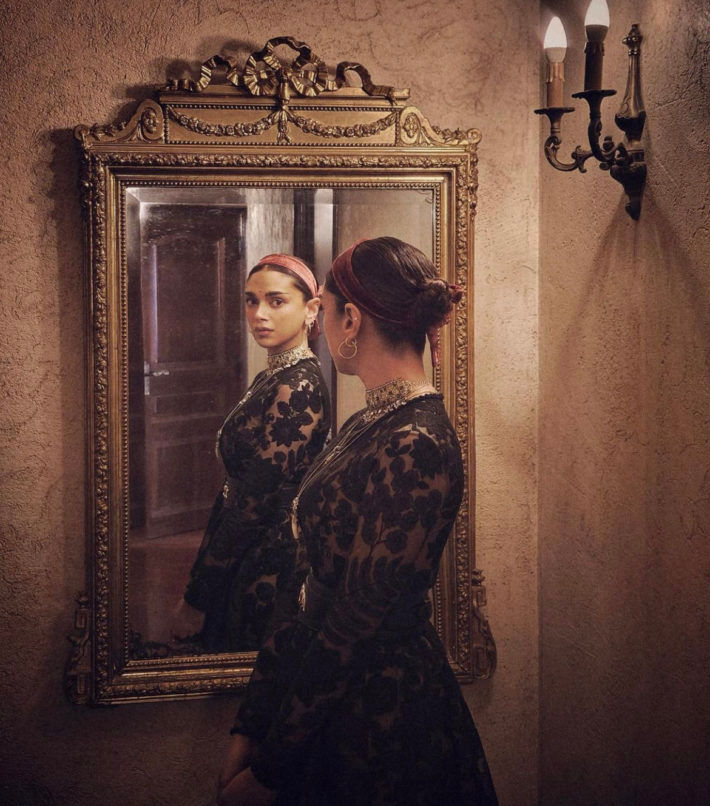 One of the most loved Indian designers, Manish Malhotra’s outfits were seen on both, men and women at the Cannes Film Festival this year. R. Madhavan, who was showcasing his film Rocketry at the Marche du Film was snapped in a tuxedo by MM on the first day of the film festival. Influencer Diipa Khosla opted for a pure white saree from Manish Malhotra with a feature-detailing blouse for her appearance. Nidhi Sunil also went local in an ethnic ensemble with zardosi and chikankari work all-over. 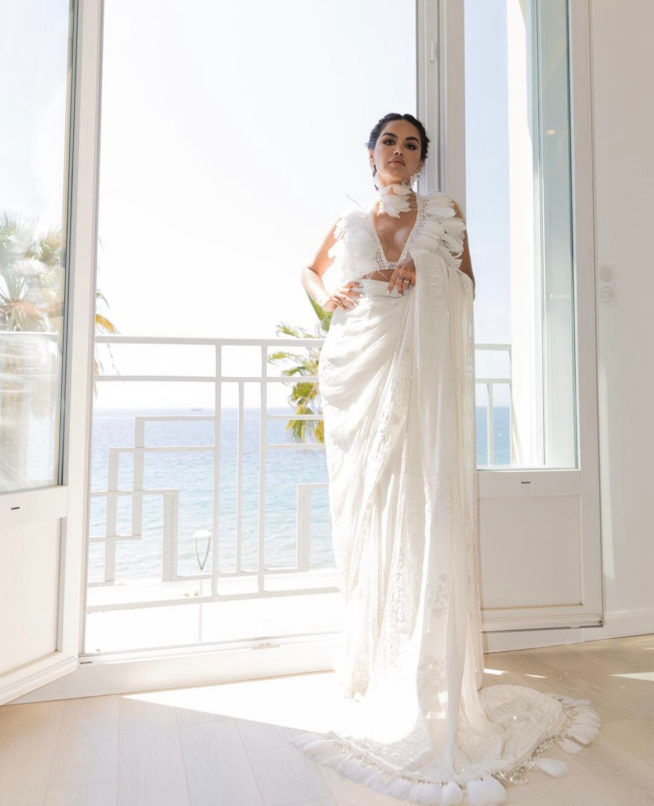 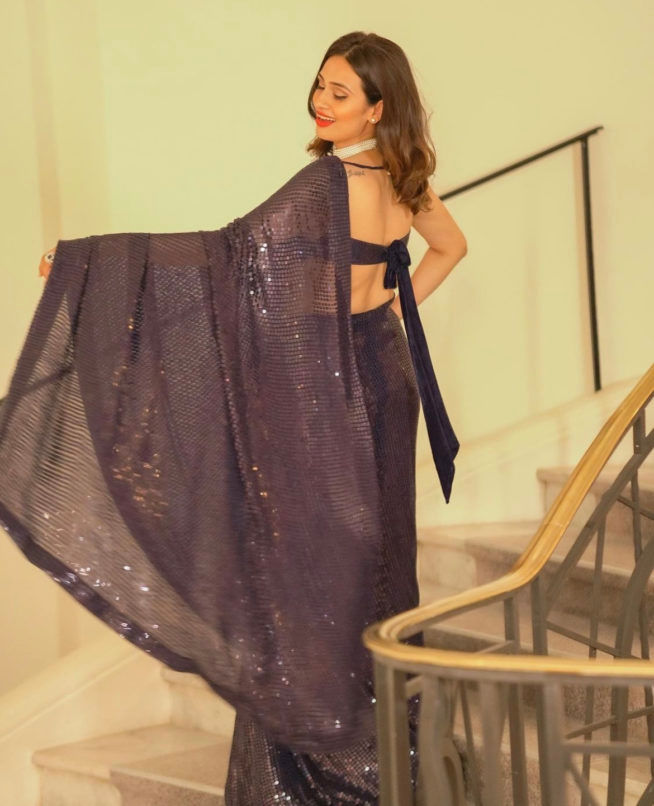 This Dubai-based couture house may have been the most spotted label at the Cannes Film Festival so far. Amongst the Indian celebrities, Masoom Minawala, Hina Khan and Meera Chopra opted for elaborate and structural gowns from Sophie Couture for Cannes 2022. 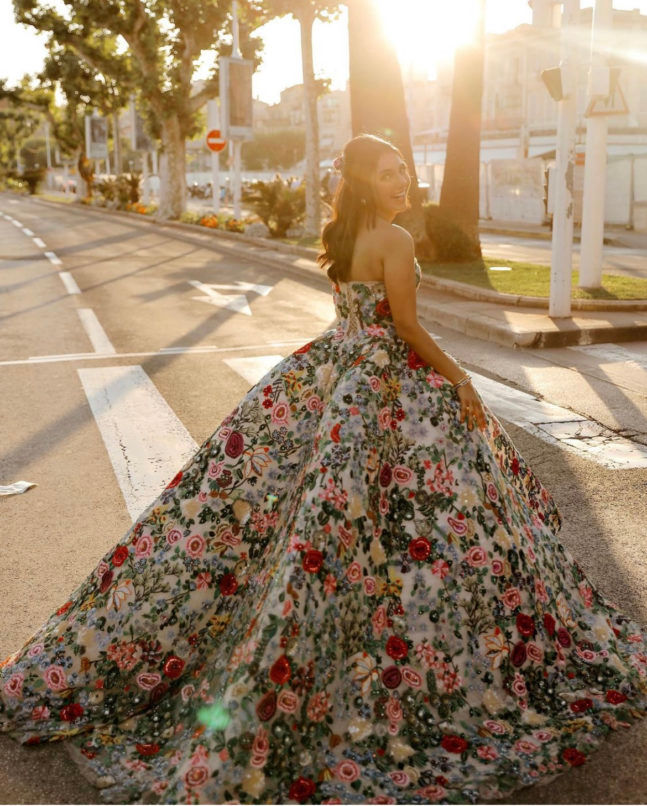 It’s raining hot pink at the French Riviera with Valentino this year. Starting with Masoom Minawalla, Valentino’s Pink PP Collection made several appearances at the red carpet and pre-evert gatherings at Cannes this year. Aishwarya Rai Bachchan’s first look was an all-pink oversized pant suit by Valentino. Actor Katherine Langford wore their pink gown with a cape trail for the premiere of Top Gun: Maverick. Easy to spot the collection, the bright Pink Collection was a hit at the festival. A non-pink appearance was made by Rahi Chaddha in a black embellished tuxedo by Valentino for the red carpet as well. 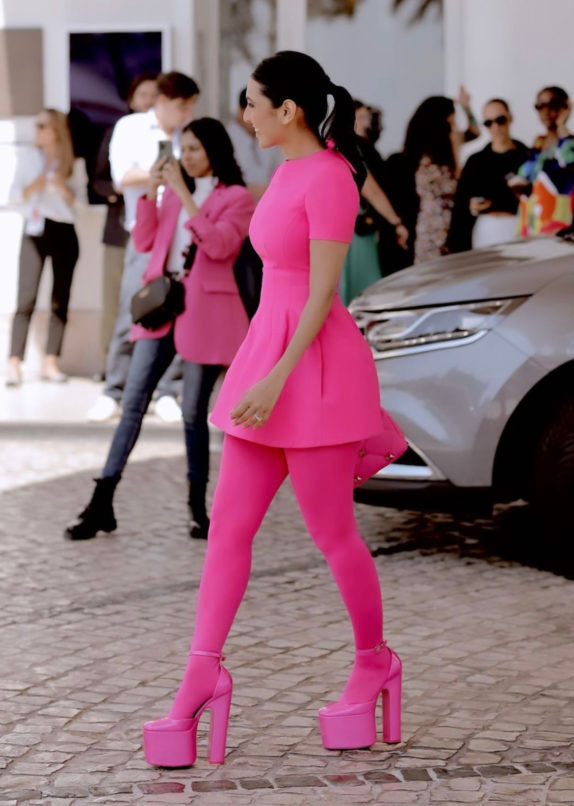 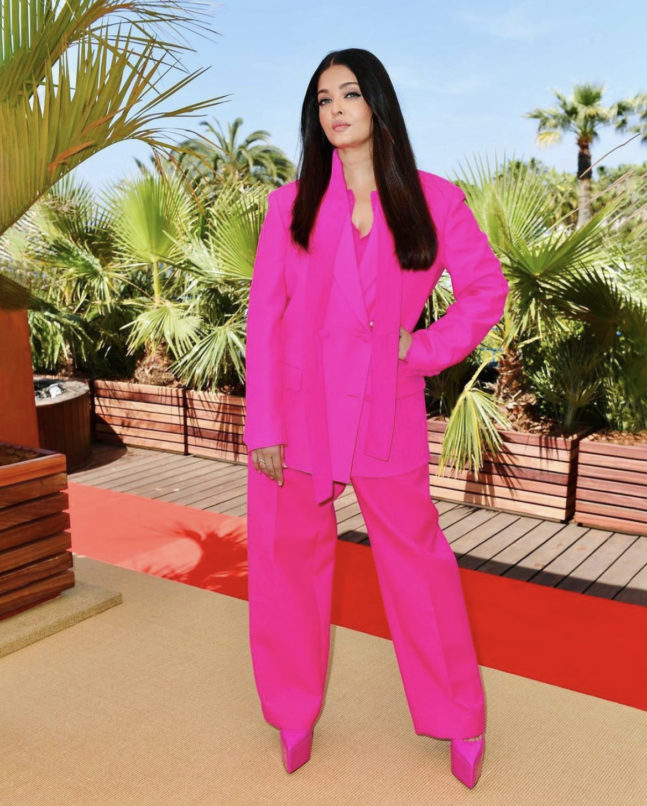 A brunch in the French Riviera, an evening with the jury, or the stellar red carpet, Louis Vuitton was everywhere and who better than their new house brand ambassador, Deepika Padukone to put their designs on display. From printed skirts, jackets, leather boots to classic red and black gowns, Deepika Padukone mesmerised everyone is stunning creations from LV in the past one week. 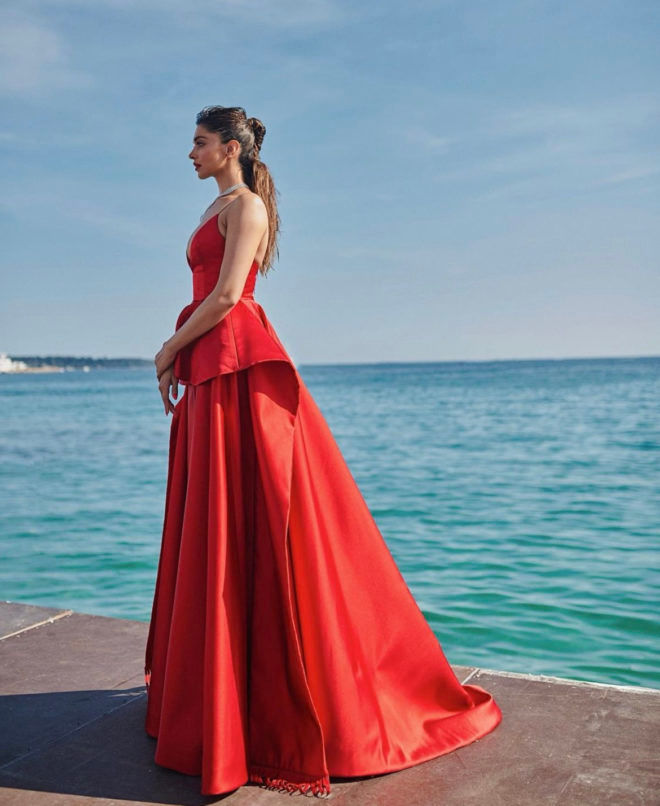 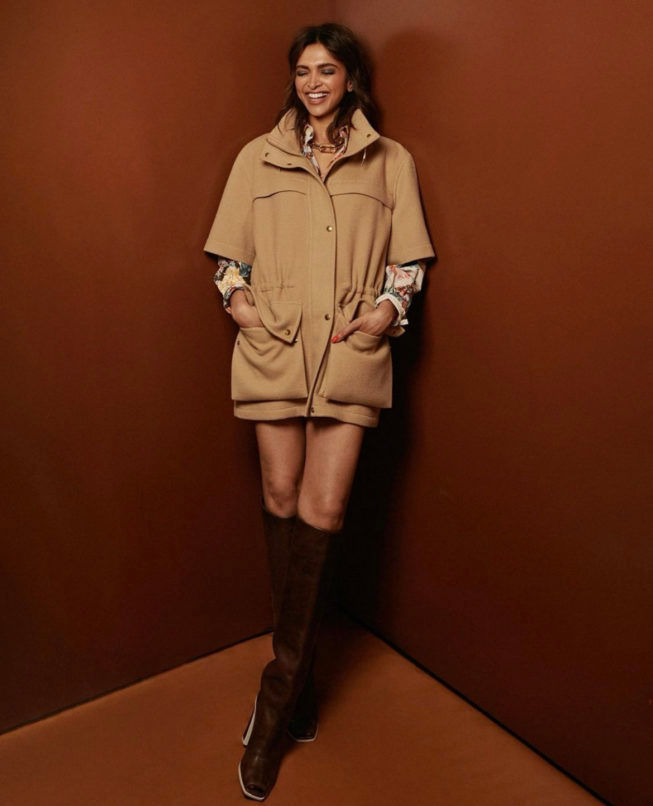