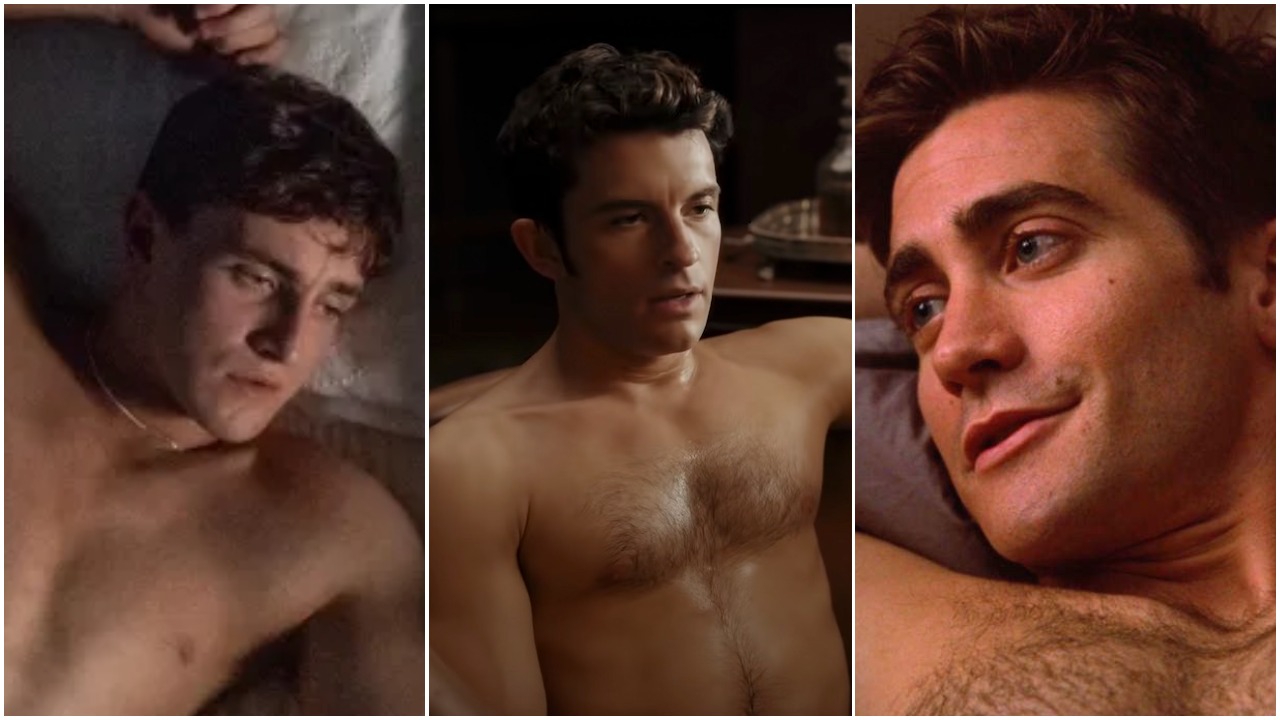 The recent revelation that swoon-worthy Bridgerton actor Jonathan Bailey (accidentally) wore a modesty thong out to the pub after a day of filming in the buff had us thinking:

Are modesty thongs the unsung heroes of the entertainment industry?

For those who are unaware, the modesty thong—sometimes referred to as a modesty pouch, or patch—is a crucial piece of modern movie magic. The barely-there undergarments are frequently used on sets when actors are filming nude scenes, a solution for those who are, well, modest and prefer to not let it all hang out.

Since consent is king (not to mention the increased need for on-set intimacy coordinators), these skin-colored pieces help keep everything in check. Sure, cheeks may be bared, but modesty thongs ensure everyone on set is feeling happy, safe, and respected.

In other words: All hail the modesty thong! We love you, we see you, and we appreciate the work you do!

Even still, no one ever said modesty thongs were necessarily fun to wear—or even comfortable, for that matter. Over the years, a handful of actors have bravely opened about their experiences working in the skimpy apparel, and we’ve gone ahead and assembled a selection of our favorite quotes and soundbites below.

In an interview with the Los Angeles Times, the gorgeous, gay star of Bridgerton opened up about filming the regency drama’s more intimate scenes. As season two protagonist Anthony Bridgerton, Bailey recalled feeling a “bit embarrassed” when shooting his big bathtub scene, the one that likely prompted more screenshots that any other from the series.

“There was actually a camera in the water between my legs looking back at me,” he shared. “So it was almost like a water birth. And I remember afterwards, I was so appalled at myself over the day that we had experienced and so confused, because you can’t really explain it to anyone.”

Bailey then revealed that, after a long, anxiety-ridden day of filming in the nude, he decided to blow off some steam at the pub, grabbing some pints with his mates—only, he forgot to change out of his modesty thong:

“When I got up to get the second round, I was like, ‘I’m chafing a bit,’” Bailey recalled. “And I realized I still had my modesty thong on, because I was so traumatized and I ran so quickly from set that I hadn’t even taken off my little pouch. I still have it to this day.”

When the Sally Rooney adaptation Normal People launched on Hulu in spring 2020, it immediately turned newcomer stars Paul Mescal and Daisy Edgar-Jones into sex symbols. The romantic drama doesn’t skimp on bare bodies and intimate lovemaking scenes, so it proved quite an introduction for audiences to every inch of these on-the-rise actors.

Naturally, modesty thongs were involved. As reported by The Sun, Mescal told Hulu that the garments made the experience of filming the sex scenes anything but sexy. “The modesty pouch is categorically unsexy,” he shared. “Filming those scenes is probably the least sexy thing you’ll ever do in your life, so it is amazing that they turned out so brilliantly, because at the time, they are quite unsexy.”

It also doesn’t help that the actors were covered in what is basically fake sweat—a gel called Egyptian Magic—which proved to make things even more awkward: “We had to switch positions and our bodies were in close contact. When we separated it made a really loud fart noise.”

But, hey, there’s nothing wrong with farting; all normal people do it!

Outlander‘s Sam Heughan: Not So Modest

Another series that doesn’t shy away from showing some skin is Starz’s Outlander, the time-traveling bodice-ripper that recently aired its sixth season, sexy as ever.

Corden got right to the point, asking Heughan if he has to “wear one of those modesty pouches, like a c-ck sock—like a bag for the crown jewels.” The actor, seemingly ready for the probing question, quickly quipped, “I just happen to have one on now. Obviously it’s a very large modesty pouch.”

Despite the winking brag, Heughan was much more humble when discussing what happened when he had to use the loo while wearing the thong: “Once I went to the restroom and unfortunately was trying to tie it back on again and I dropped it in the urinal,” he admits. “I had to tell our AD [assistant director] who then broadcast it on the PA system to everyone. So everyone knew I’d dropped my modesty pouch in the urinal and I stank of urine.”

As she revealed to Marie Claire a few years back, it’s not like these undergarments just naturally stay on your body. Often times, a little extra work is involved, usually with the help of some skin-safe superglue.

“I had these sort of strapless thongs that had glue on them. It’s not glue, but it’s sticky,” Johnson shared. “They’re, like, basically if it were a nipple pastie, but underwear. But it’s only sticky at the top, it’s not sticky the whole way. It would also come off because the adhesive would wear out, so then they would superglue it to my body so that it wouldn’t fall off. And I would wear two of them.”

Thankfully, the glued on pouches aren’t too uncomfortable, and they don’t leave much of a mark—they just really take you out of the heat of the moment. “It’s not painful, I mean, it’s barely anything,” she admits. “But I guess you have some sense of being covered. It’s fucking bizarre.”

It appears the history of modesty thongs on set is a relatively short one (that’s another article for another day). In the not too distant past, actors were left much more exposed, meaning they needed to improvise if they wanted to maintain some form of modesty.

During a conversation with Howard Stern on the radio host’s Sirius XM show, the forever handsome Jake Gyllenhall reflected on filming love scenes for 2002’s indie dramedy The Good Girl with Jennifer Aniston, where it sounds like there was nary a modesty pouch, patch, or thong in sight.

“I do remember a pillow,” Gyllenhaal said to Stern. “Yeah, the pillow technique was used. That was just preemptive, and used—generally, always—when actually in a horizontal place in that movie.”

Barely into his twenties at the time, the actor—who admitted to having a crush on Aniston back in the day—said the pillow came at her request: “I think that was actually a Jennifer suggestion,” Gyllenhaal laughed. “I think she was actually very kind to suggest it before we began… She was like, ‘I’m putting a pillow here.’ That was it, that was all she said.”

So take that as a reminder: Next time you’re in a bind with no modesty thong around, a pillow should do the trick! Or, hey, even a Santa hat will do!