The actual brunt of this mess should be borne by the Met Gala’s organizers, but when it comes to this specific article, I only have myself to blame.
These red carpet reviews are actually harder than they look (queue every actual Fashion expert rolling their eyes), first because I actually want to say something constructive whenever I don’t have any praise, precisely because I am an underqualified idiot. The other reason is that embedding Instagram posts is hell; you could easily fill a standard A4 word page with all the lines of code, making you lose track of where in the whole article you’re supposed to edit or continue writing.

So, being assigned to cover this by the higher-ups, I told myself this time it’d be different, I would focus only on the people who failed spectacularly at following the Met Gala’s theme, which in this scenario means dressing like a basic-ass bore, more concerned with looking good than with having fun exploring the art of Fashion. You probably know what kind of people I’m talking about. I thought it would be easy, as with each passing Gala, they have been relegated to a minority.

And then, as the looks began walking up the stairs of the Met, we realized that the entire class had failed to understand the assignment. Pretty much no one was on-theme.
What was the theme?
I am asking this as a legitimate question because I went down a rabbit hole. The media reported it as “Gilded Glamour”, inspired by the homonym period in US History, which many predicted would be a cavalcade of … how did you put it Mrs. Franklin?

Except that “Gilded Glamour” was not the whole thing, or at least, not the byline in the invitations. It was more a suggestion for the dress code, along with “white-tie.” The proper name of this year’s theme (and the exhibition at the heart of it) was “In America: An Anthology of Fashion,” a second volume to the previous year’s theme “In America: A Lexicon of Fashion” that, according to its curator Wendy Yu, is centered “on the tenets of American style and prizes the anonymous and unsung heroes of US design.” The link about the exhibit is fascinating, especially its focus on highlighting the anonymous women and men behind the craft of fashion throughout US history. Also, they probably lost two-thirds of any celebrity that read the thing at the first use of the word Lexicon. They lost the assistants actually doing the reading at the second.

I’m in the process of getting my Teaching Degree, and one of the first things you come to learn is that any instrument for evaluation should have definite and clearly defined objectives, and/or have a detailed and fair rubric with which to assess the student’s answers. The other thing you learns is that if the vast majority of the class failed a test, the problem is with the test. As Sarah Marrs put it, US education usually glosses over the entire period between the end of the Civil War and the start of World War II because if you were to pay any attention to it, the myths the US tells about itself would end up with more holes than Sonny Corleone. It was shitty enough already in Yankee America; down in the South and in the West, it was hell. Not to mention is waaaaaaaaay too similar to our current times.

With all that in mind, it’s no wonder most people failed to stick with the theme because the theme was at once wide-encompassing, open, and limited. It doesn’t help that even Teen Vogue got it wrong, attempting to describe the Gilded Age’s fashion as similar to Bridgerton’s, when they are separated by a gulf of at least 60 years, three British kings, a Queen and the whole Atlantic in-between. Think for example of this Iris van Herpen worn by Fredrik Robertsson:

This big Hyperion Shrike energy piece would be a classic under any other Met Gala theme (“Notes on Camp” in particular), but does it say “Gilded Glamour” to you? Maybe for 2284’s Gilded Age, if History happens to be a cycle of repeating patterns. But then again, the theme itself is broad enough to allow for this creation.

So screw it, I don’t have the facilities to rage about celebrities not keeping in with the theme when they were never coached into it. However, I will still give you a small sampling of the many, many mistakes last night, reserving my snark for two groups of people in particular: Those who may have looked great, but got the historical period wrong, and of course, those who made no effort whatsoever.

The most common one was wearing something evocative of the 1920s or 1930s, for example, Olivia Rodrigo in this flapper-via-pixie inspired Versace: 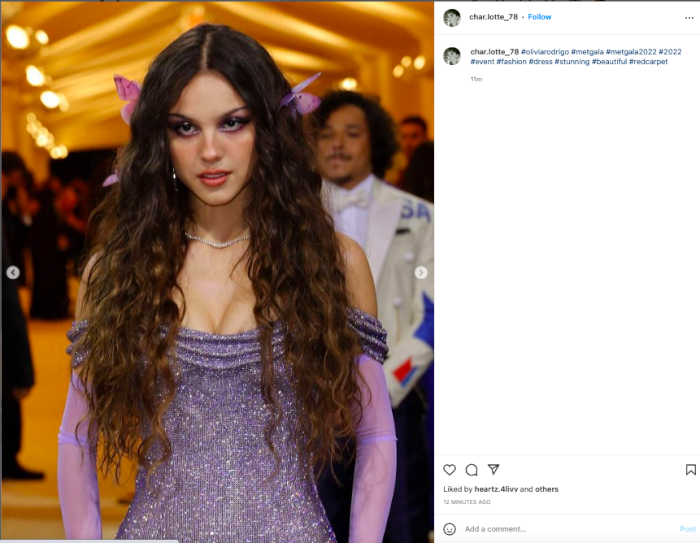 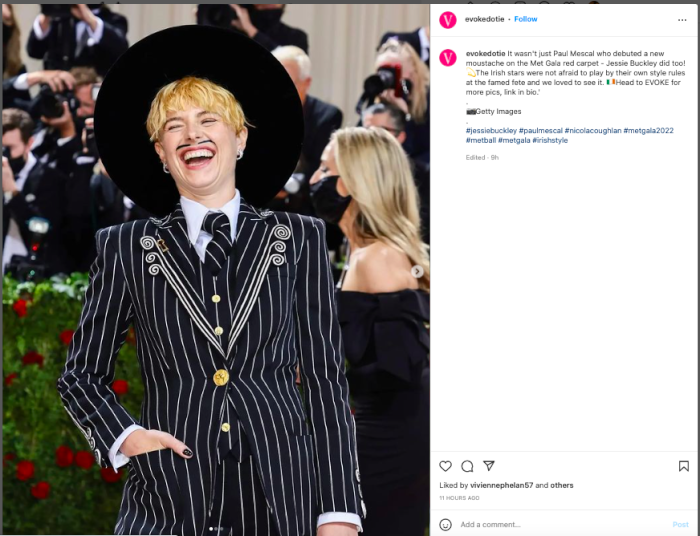 Again, Maude Apatow really knows how to pull of the classic Hollywood look, but the Gilded Age started before the invention of movies, yo: 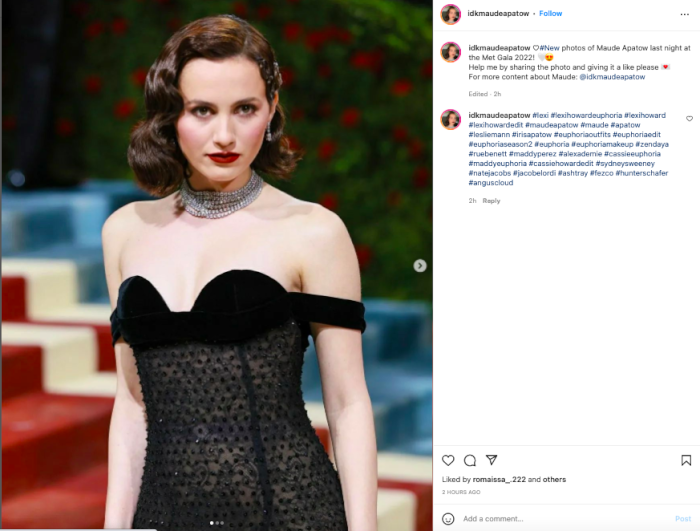 Joe Jonas and Sophie Turner overshot the mark by almost 80 years pulling a Sonny and Cher: 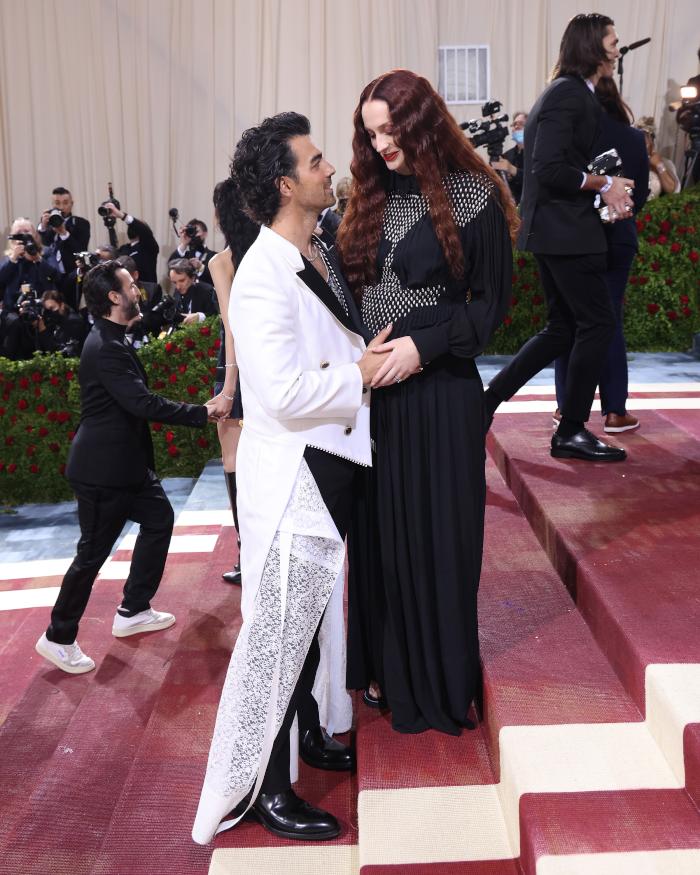 But at least the people above tried, and they very much embodied the spirit of American Fashion through the last 150 years. Let’s tackle the ones who didn’t even try, or as we also call them:
The Democrat Party
First, let’s start with the biggest failure of the night. On the left, newly minted Global superstar Hoyeon Jung. On the right, Emma Stone coming off the relative success of Cruella and its Oscar-winning fashion. In the middle, Nicolas Ghesquiere, creative director of Louis Vitton and the one designer who could’ve had this in the bag. The end result is exactly what I mean when some celebrities choose the safest, looking-good-over-looking-fashionable route at the Met. 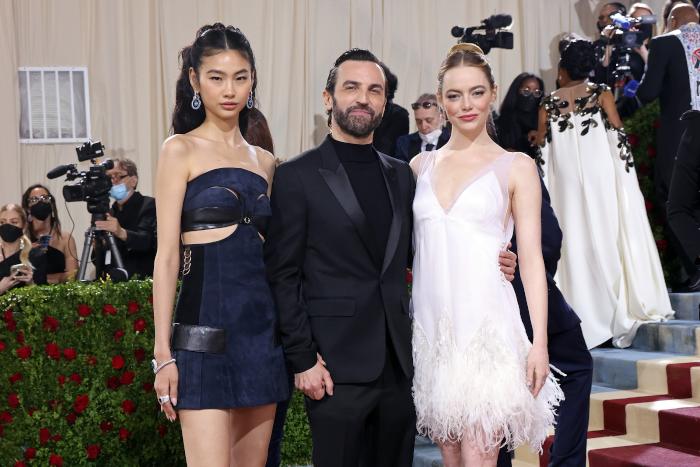 Same thing with rapper Johnny Su. The theme was not “Science of Sleep” my friend. 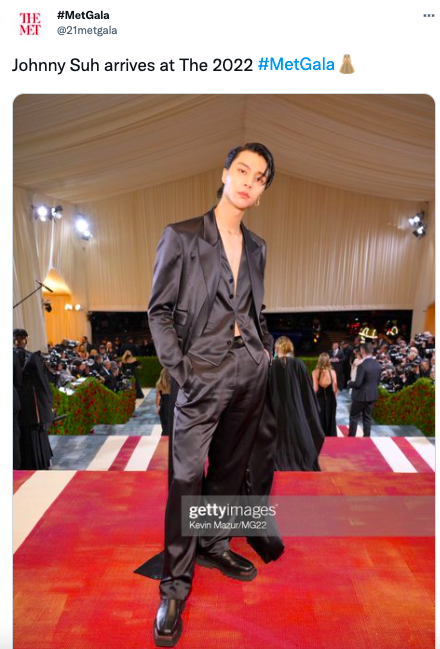 If this is some sort of f—k you about the whole thing, then f—k-you right back Austin Butler. 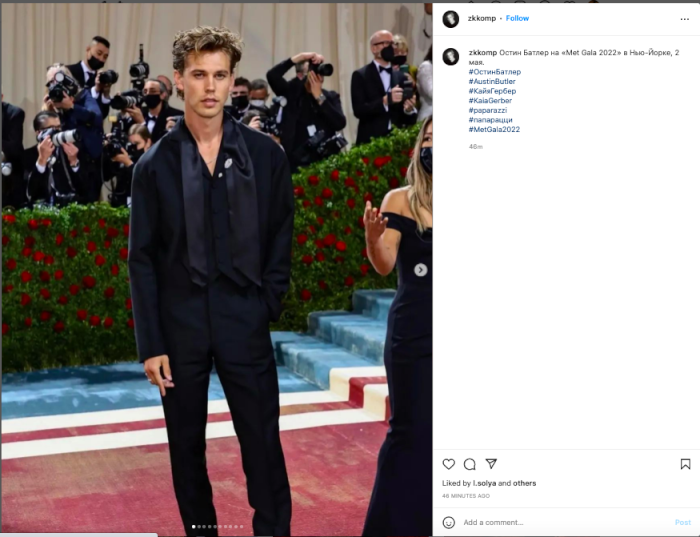 David Beckham’s son and his wife also decided to put zero effort in looking the theme and a lot of effort into looking like assholes. Not a surprise, Brooklyn has failed or half-assed every single opportunity he’s been given, while his wife is a failed actress. 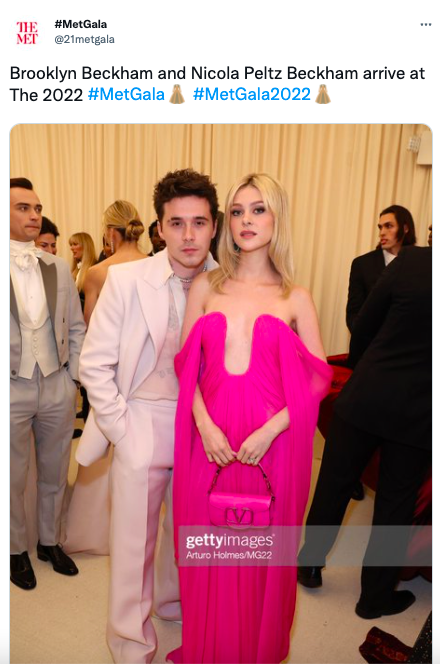 It’s hard to say someone like Camila Cabello did not try hard because her entire career is about being the hardest tryhard in a room. But this thing that looks like one of those cakes filled with M&M’s goes into this category because all she had to do was recycle any gown from that terrible Cinderella movie she made. 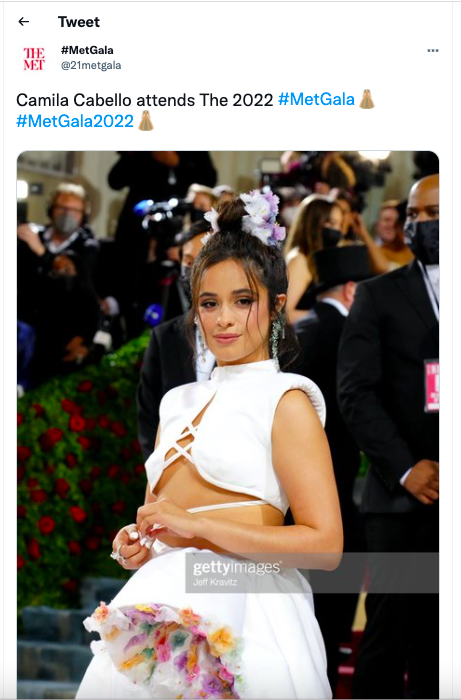 The Kardashian Klan
A special sub-category of not trying at all while trying too hard. As one Chilean tweeter commented, Kim has way too much blood, sweat, and tears into being a staple of the MET gala to have her mum and sisters embarrassing her like this. Though if we are being fair, she didn’t put much effort this time around, either, going with a predictable golden dress … WAIT, is that the actual dress Marilyn wore when she sang to JFK?

Met Gala — In America: An Anthology of Fashion

I am so honored to be wearing the iconic dress that Marilyn Monroe wore in 1962 to sing “Happy Birthday” to President John F. Kennedy. It is a stunning skintight gown adorned with more than 6,000 hand-sewn crystals by Jean Louis. pic.twitter.com/o9auAd2tF8

But almost immediately, as in, they entered the red carpet in close succession, Khloe or Kourtney or whatever tried to upstage her wearing the exact same thing: 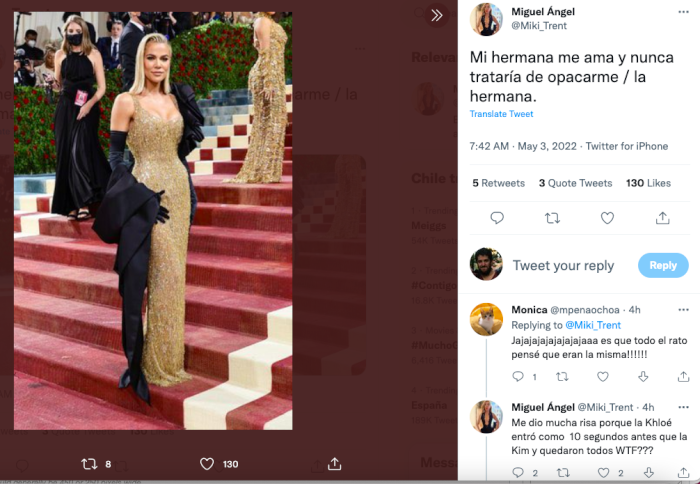 The other sisters also looked like the Wish versions of the ghost of American Fashion’s past. 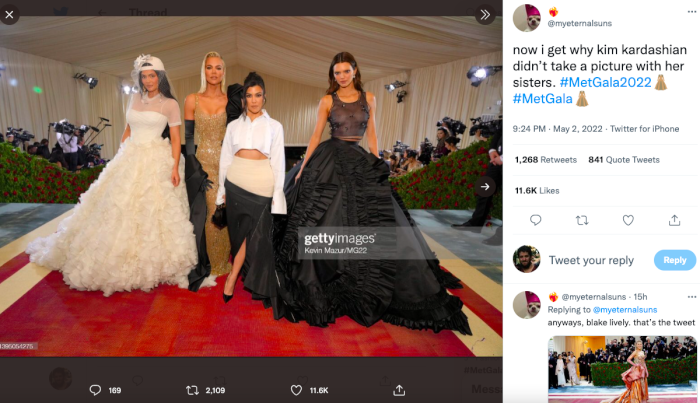 By the way, I’m also taking bets on who will Pete Davidson be with for next year’s Gala.

Conclusion.
For the header image, I chose Laura Harrier and Riz Ahmed because they were among the few who really got the assignment. Laura looked gorgeous in an H&M, of all things, that was just as evocative of the period as it was modern. Riz, meanwhile, donned himself in tribute to the people that actually built America:

Riz Ahmed breaks down his #MetGala look: “This is an homage to the immigrant workers that kept the Gilded Age golden.” https://t.co/2kVWwK9Yn6 pic.twitter.com/Td9Tmmwmuk

After all, the Triangle Shirtwaist Factory fire happened in the Progressive Era, which was still plagued by one too many Gilded Age era genes. Next year they better choose a topic the celebrities assistants’ can explain to their bosses in five minutes. Otherwise, just make it a free for all.

←
The Trailer for ‘Weird: The Al Yankovic Story’ Offers a Gleeful Moment of Respite |
5 Shows After Dark: ‘Holey Moley’ Season 4 Premiere, ‘Who Do You Believe’ Series Premiere ABC
→