JTA — More than 170 entertainment industry leaders have signed a unity statement marking the launch of the Black-Jewish Entertainment Alliance designed to foster dialogue and mutual understanding.

The high-profile signees include Tiffany Haddish (who is Black and Jewish), Mayim Bialik, NFL player Zach Banner (who has emerged as a leading pro athlete voice against anti-Semitism), Terry Crews, Herbie Hancock, Sharon Osbourne and Nick Cannon (who apologized after making anti-Semitic statements last year on a podcast episode).

“In the spirit of Martin Luther King Jr., Rabbi Abraham Heschel, and the many Blacks and Jews who stood together in the fight for civil rights, we come together to support each other in the struggle against hatred and bigotry,” the group’s “unity statement” reads.

The organization will hold programming geared to its goals of dialogue and understanding, as well as “in-person trips such as pilgrimages to destinations that are historically and/or culturally significant to each community,” according to The Hollywood Reporter. 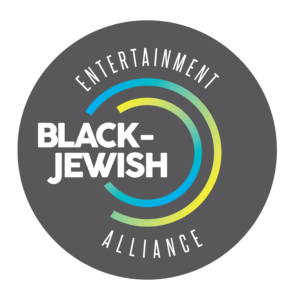 The alliance comes in the wake of a year that saw a spate of anti-Semitic controversies involving several Black industry figures — from the rappers Wiley and Jay Electronica to NFL star DeSean Jackson — and a global protest movement for Black justice in the wake of the death of George Floyd at the hands of a white police officer. Multiple Black celebrities, including former NBA greats Charles Barkley and Kareem Abdul-Jabbar, repudiated anti-Semitism in the Black community after the incidents last year.