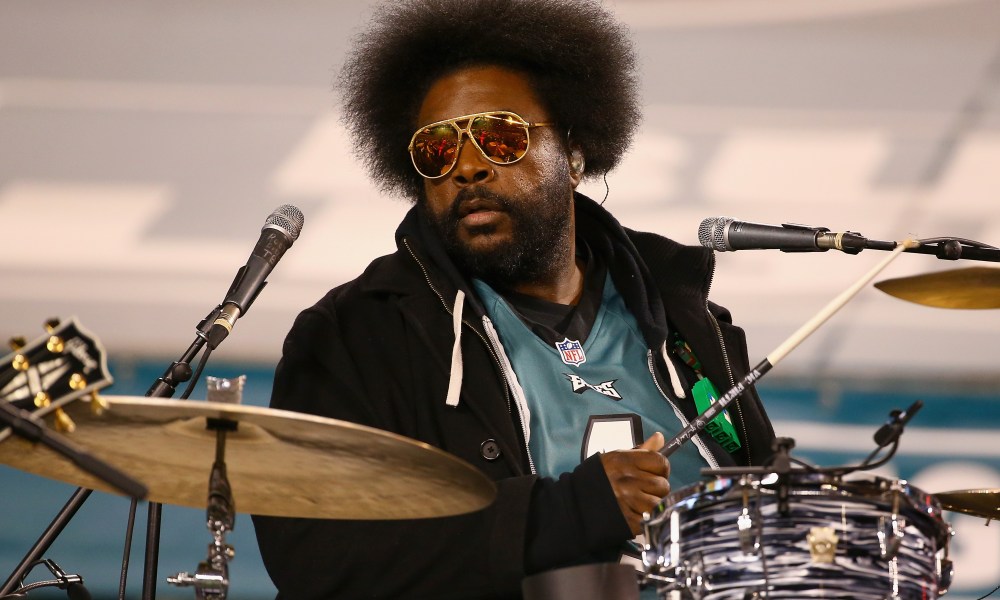 The Philadelphia Eagles are one of the most iconic sports franchises in America.

Founded in 1933, the Eagles have won four NFL championships, including Super Bowl LII. Reggie White, Donovan McNabb and Brian Dawkins rank among the team’s all-time greatest players, and Jalen Hurts, DeVonta Smith and Fletcher Cox highlight the current roster. No fewer than 24 figures with ties to the Eagles franchise are enshrined in the Pro Football Hall of Fame, including Steve Van Buren, Harold Carmichael, Cris Carter and Terrell Owens.

Considering all of the above, it should come as no surprise that the Eagles boast a number of celebrity supporters. With that in mind, Eagles Wire salutes 11 of the team’s most famous fans below. 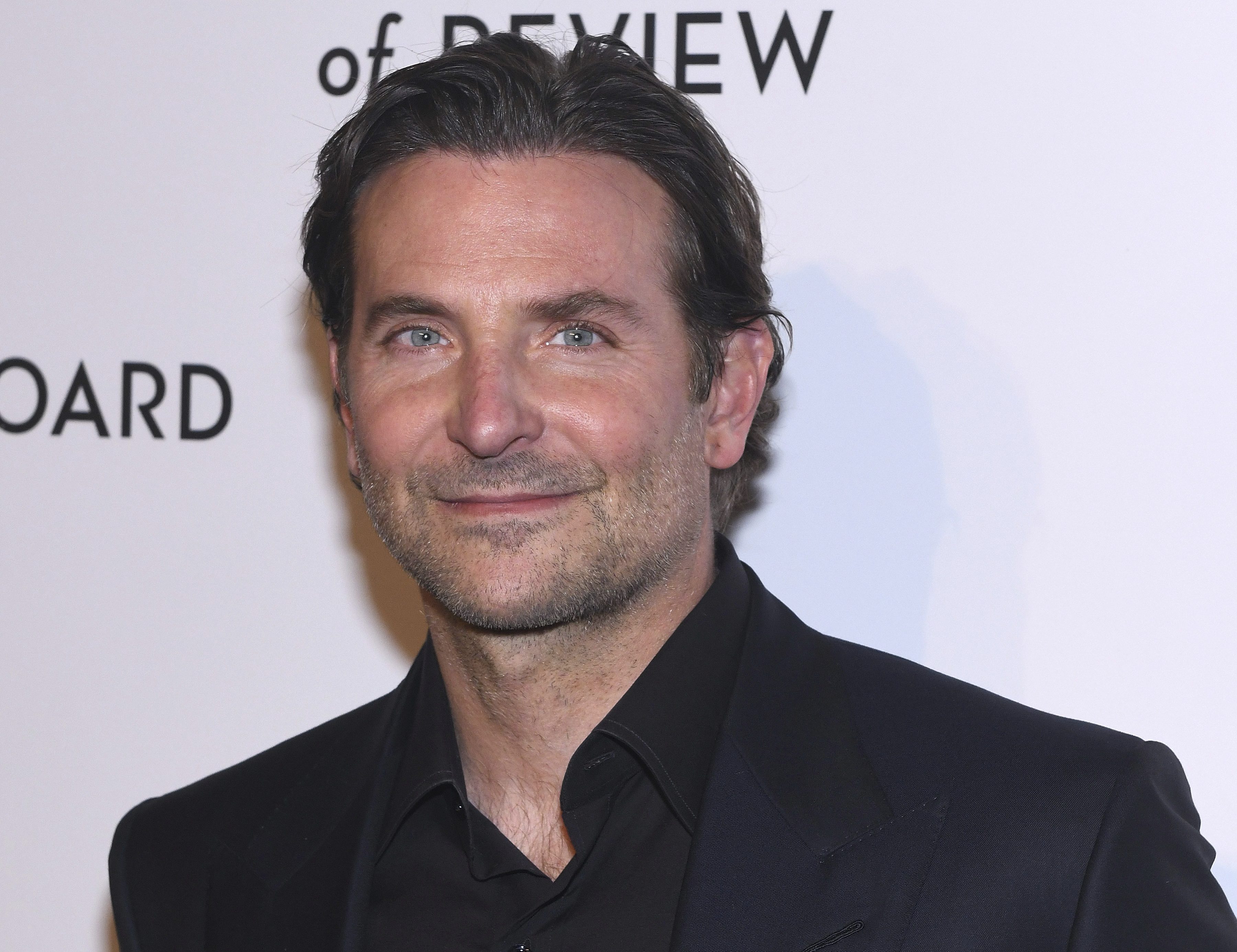 Actor Bradley Cooper inherited his Eagles fandom from his father as a child in suburban Philadelphia. The star of “The Hangover,” “American Sniper” and “A Star Is Born” didn’t have to stretch too much to portray a diehard Eagles fan in the 2012 movie “Silver Linings Playbook.” Cooper, who has attended multiple Eagles games over the years, was a guest of owner Jeffrey Lurie at Super Bowl LII in Minneapolis. 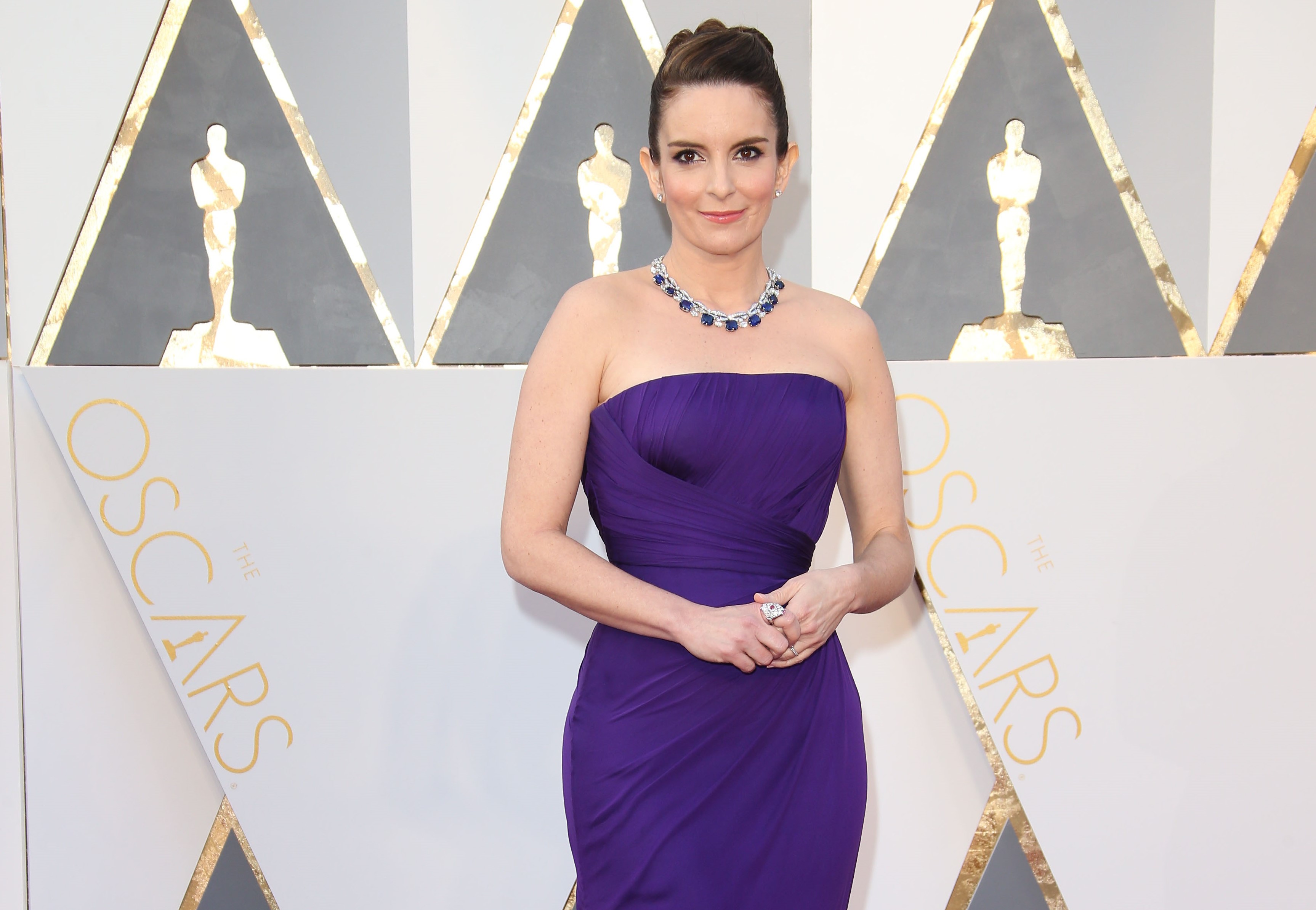 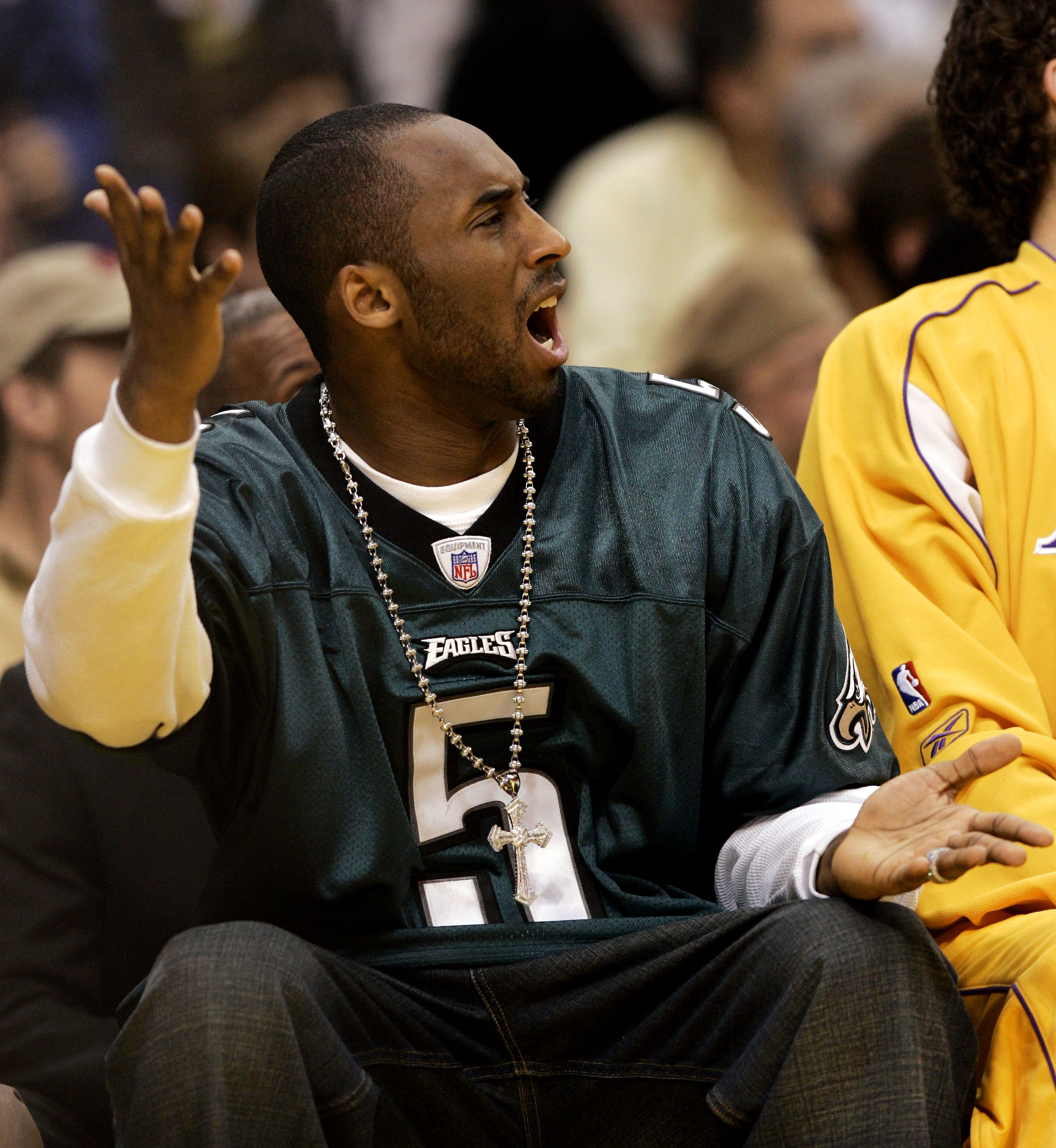 NBA superstar Kobe Bryant wore his Eagles fandom on his sleeve, rooting for his hometown team despite spending his entire professional career in Los Angeles. He famously addressed the team during its visit to Southern California in December 2017, giving a stirring speech and taking photos with players. The Eagles issued a press release expressing the organization’s shock and sadness following Bryant’s death in 2020. 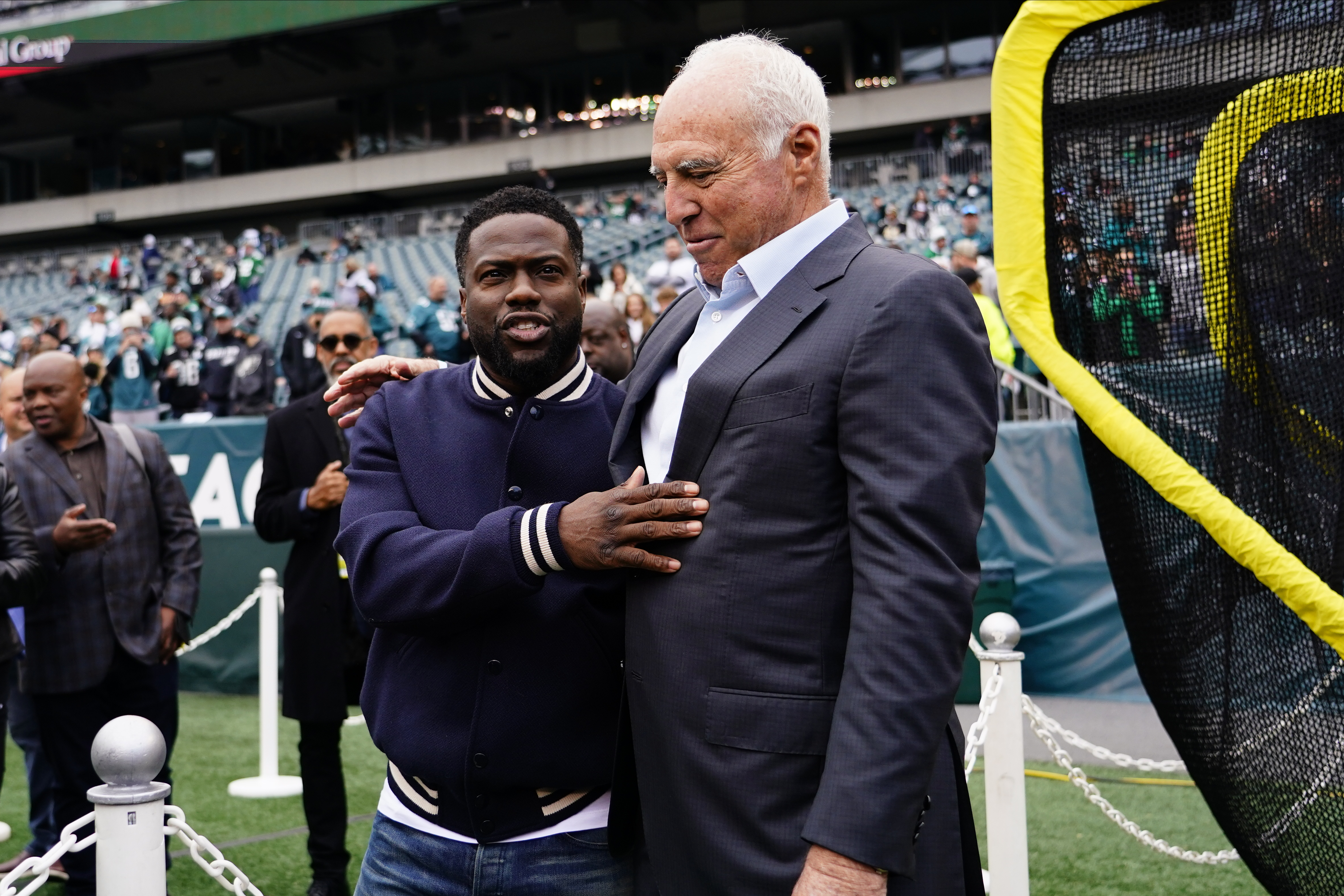 Comedian Kevin Hart has spoken about his love for the Eagles in many interviews over the years. He infamously tried to sneak on stage during the Super Bowl LII trophy presentation — but was turned away by security despite his A-list status. Hart also hilariously broke from an NFL Network pregame interview at Lincoln Financial Field to boo the visiting Saints. 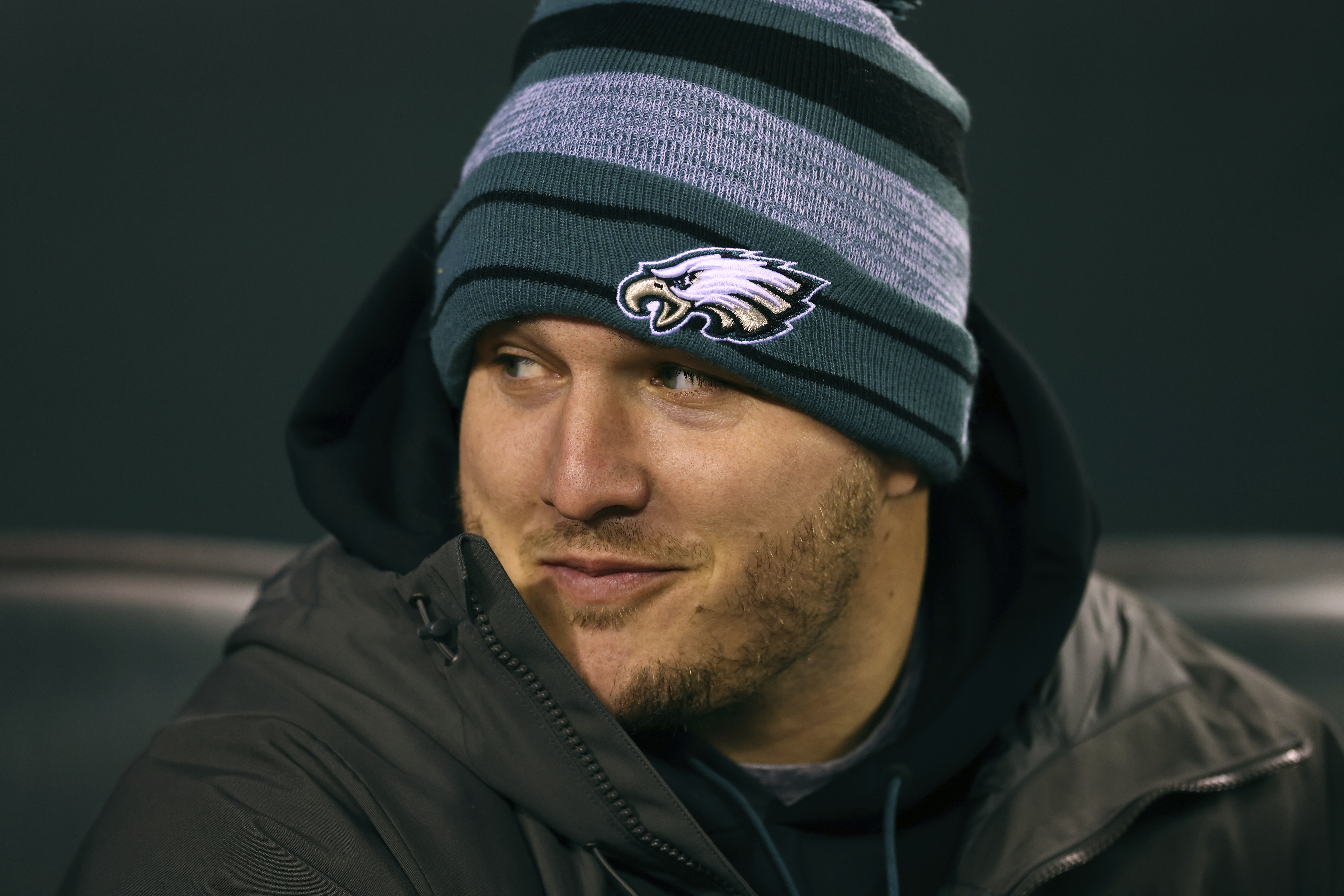 MLB superstar Mike Trout is a longtime Eagles fan who hails from Millville, New Jersey. Despite his ties to Southern California as a member of the Los Angeles Angels, Trout stays true to his roots as an Eagles season ticketholder with seats in the front row at Lincoln Financial Field. That prime location came in handy on Oct. 29, 2017, when Zach Ertz scored a touchdown and gave Trout the ball during a game against the 49ers. 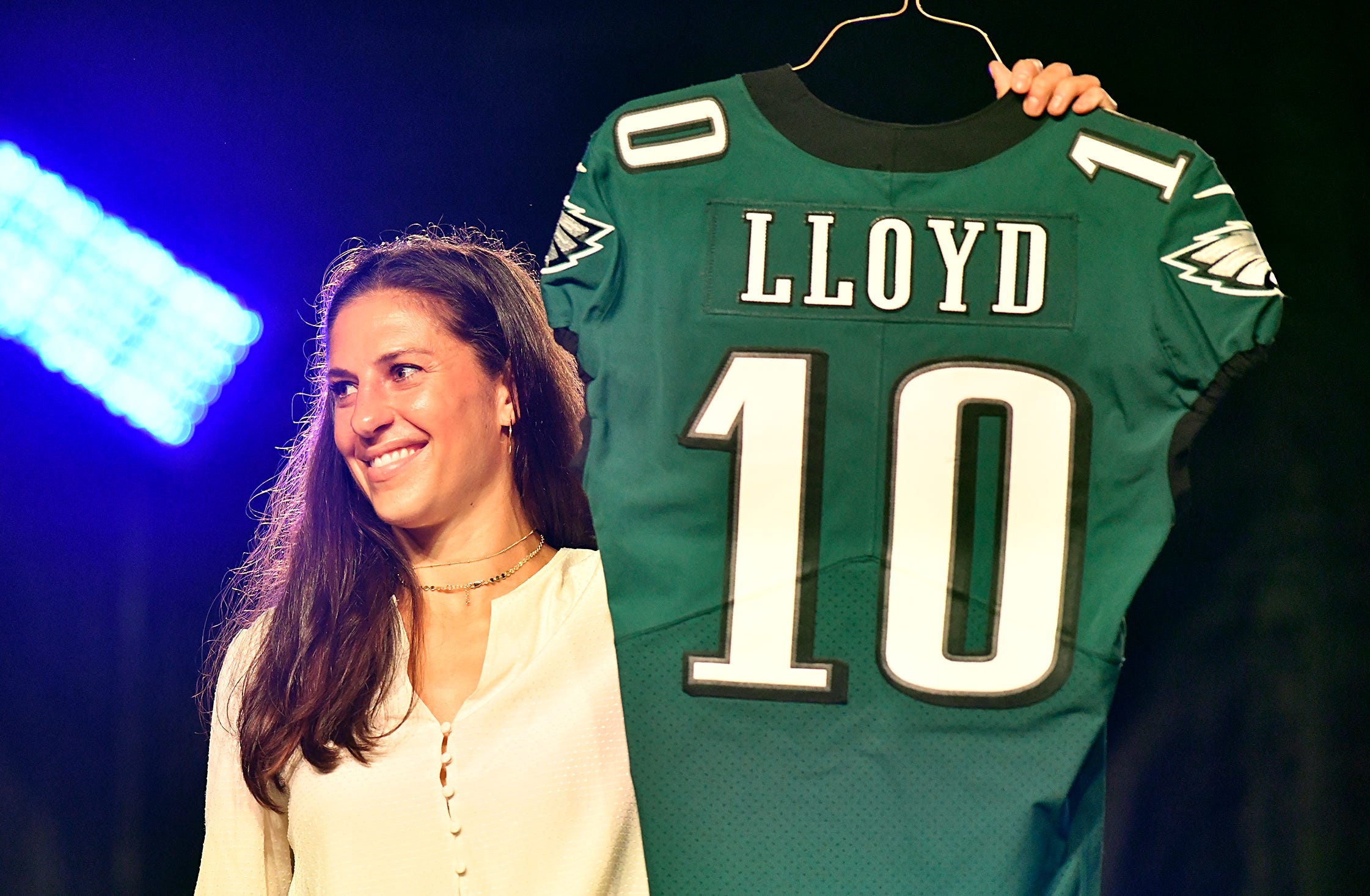 Soccer star Carli Lloyd might be the biggest Eagles fan on this list. A native of Delran Township, New Jersey, the retired U.S. Women’s National Team standout has proudly supported the Eagles for many years, whether tweeting from a game, invoking “Fly Eagles Fly” at a USWNT parade, punctuating a goal with an Eagles-themed celebration or kicking a 55-yard field goal at a joint Eagles-Ravens practice. In the photo above, Lloyd holds an Eagles jersey that was gifted to her during a retirement ceremony in 2021. 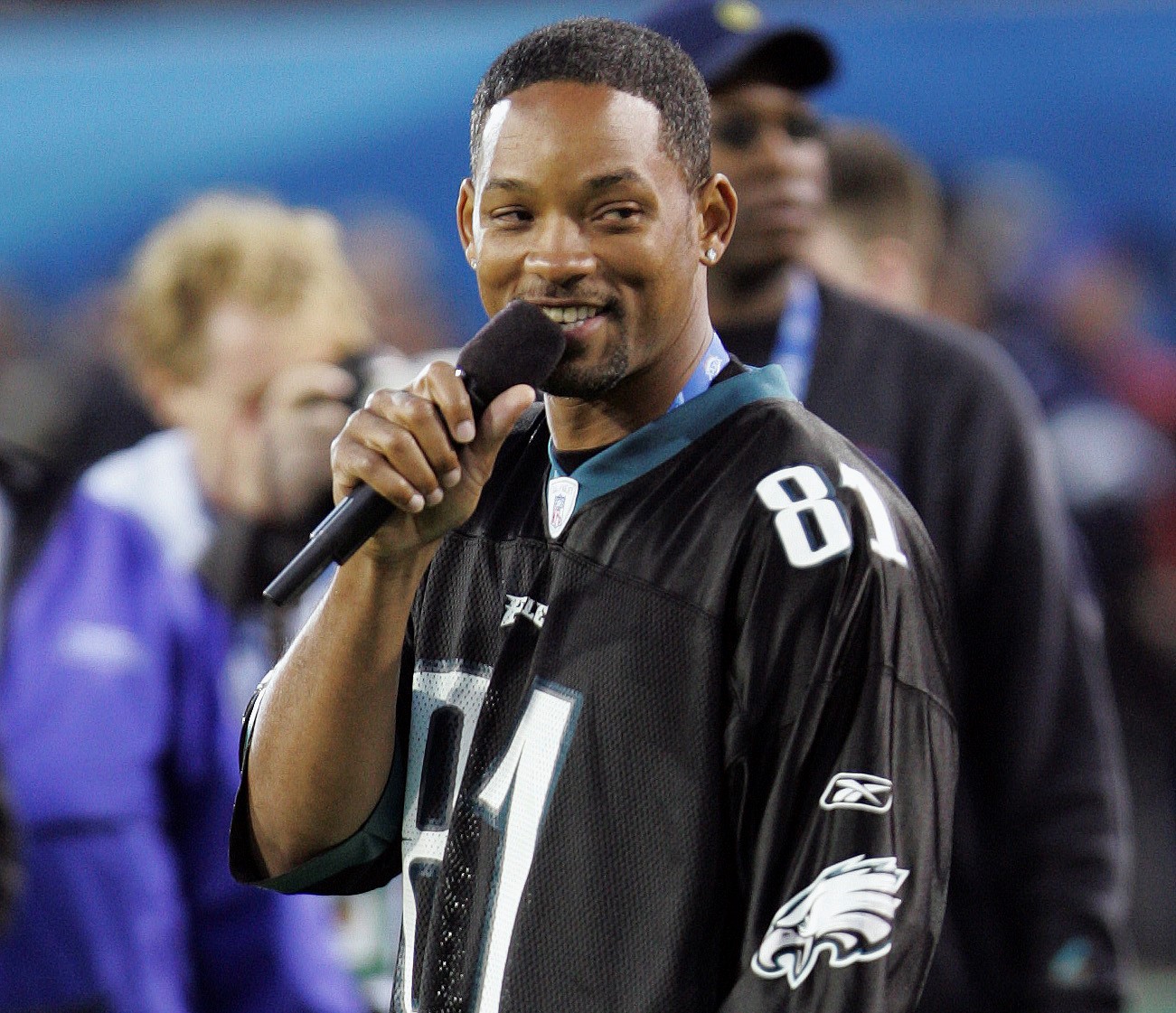 Actor and musician Will Smith is a Philadelphia native and another famous longtime Eagles supporter. Back in the day, he represented the team on “The Fresh Prince of Bel-Air” by 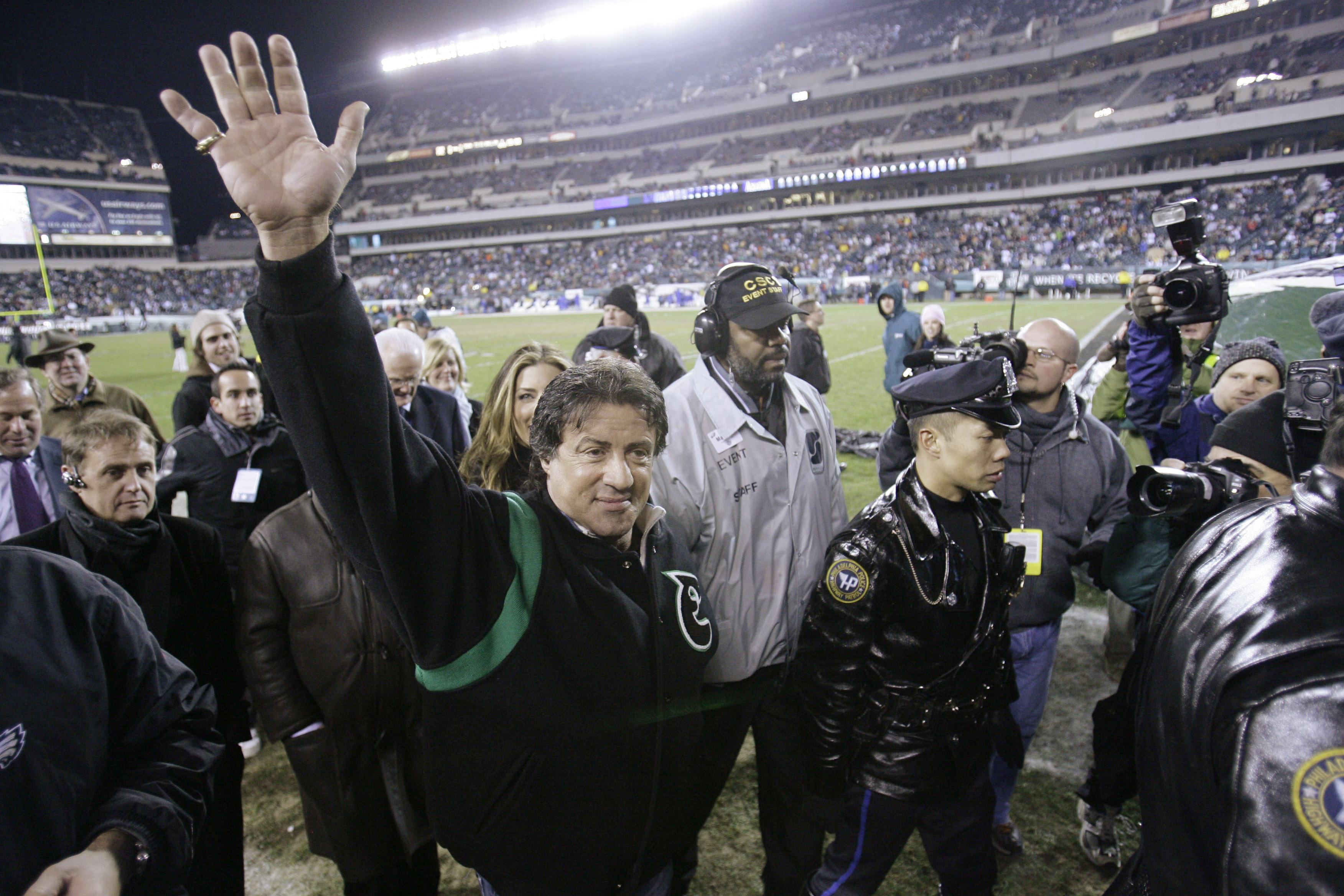 Sylvester Stallone is a New York native, but the famous actor became inextricably connected to Philadelphia through his portrayal of boxer Rocky Balboa in the “Rocky” movie series. Stallone has called himself a “diehard” Eagles fan who began rooting for the team as a teenager and has listed Timmy Brown as his Philly favorite player. During a break from filming “Creed II” in 2018, Stallone visited the Eagles facility 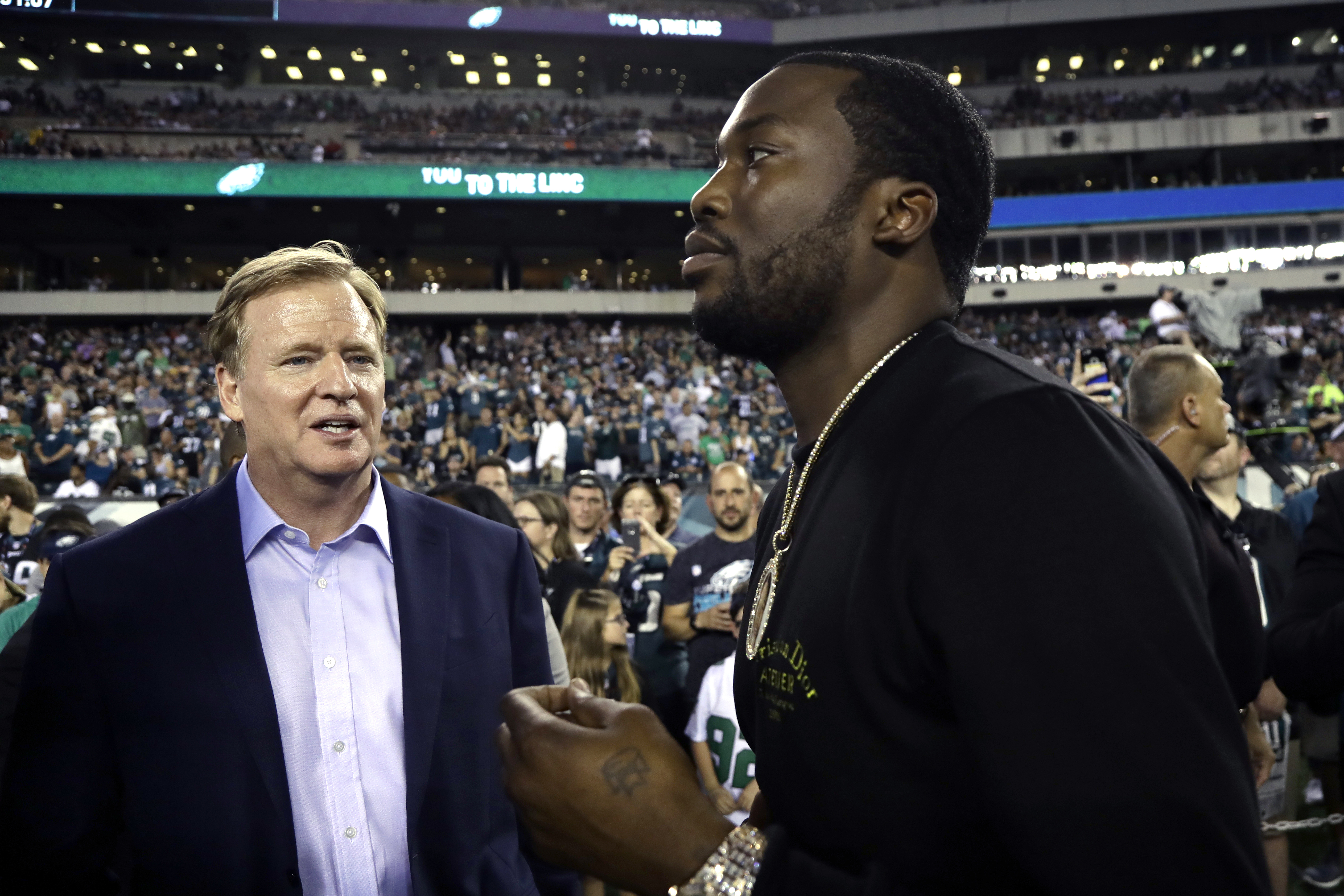 Rap star Meek Mill is another famous Philadelphia native who loves the Eagles. His song “Dreams and Nightmares” became an unofficial anthem of the team during its unforgettable playoff run, culminating with the team running onto the field at Super Bowl LII and celebrating afterward to the song. The following season, he filmed a hype video with the team prior to its game against the Vikings. 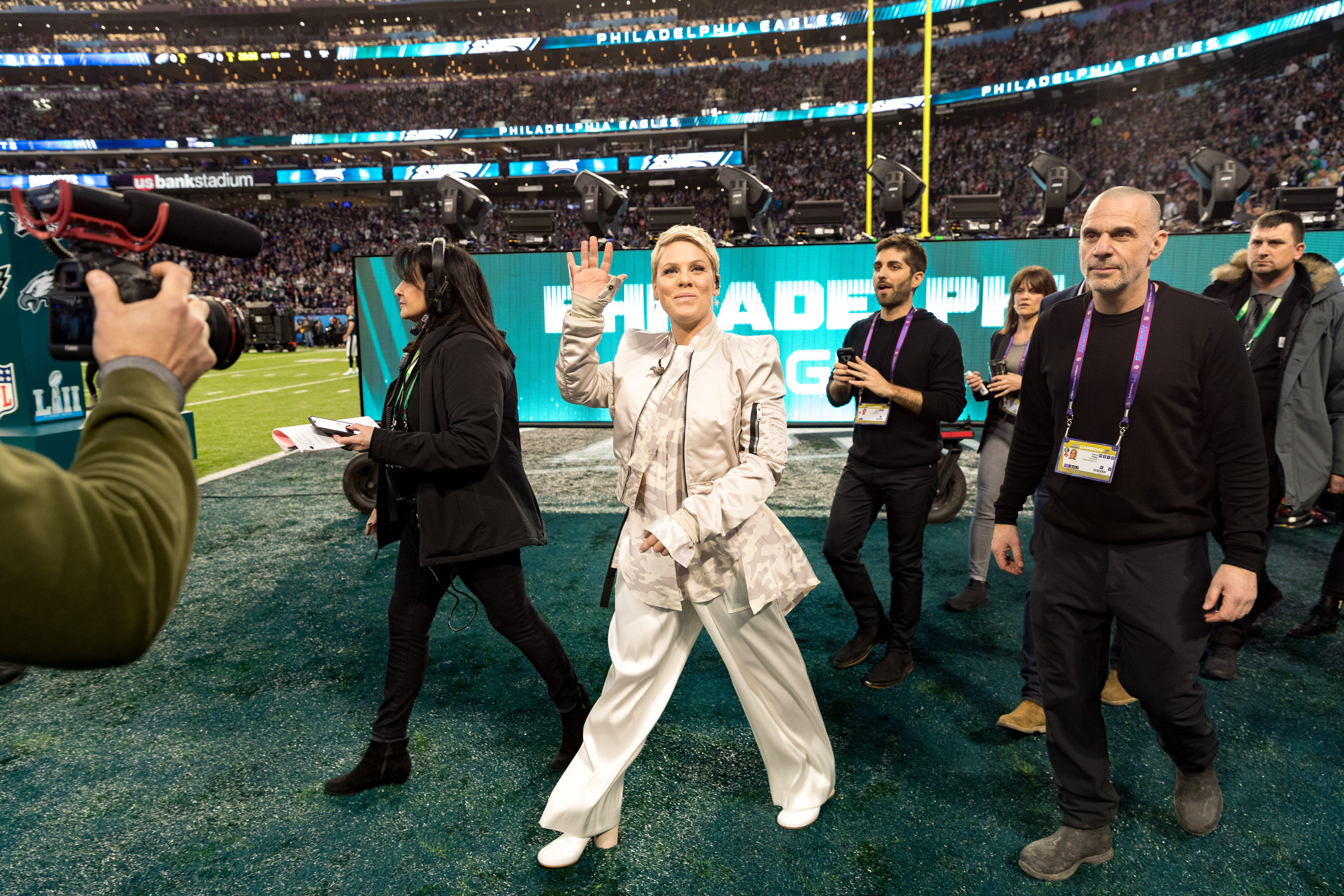 Singer/songwriter Pink is an Eagles fan who hails from Doylestown, Pennsylvania. She was ecstatic after Philly routed Minnesota in the NFC Championship Game in January 2018, knowing that she already had been selected to sing the national anthem at Super Bowl LII. Then, despite battling the flu, she belted out a beautiful rendition of “The Star-Spangled Banner” before the Eagles defeated the Patriots in unforgettable fashion. 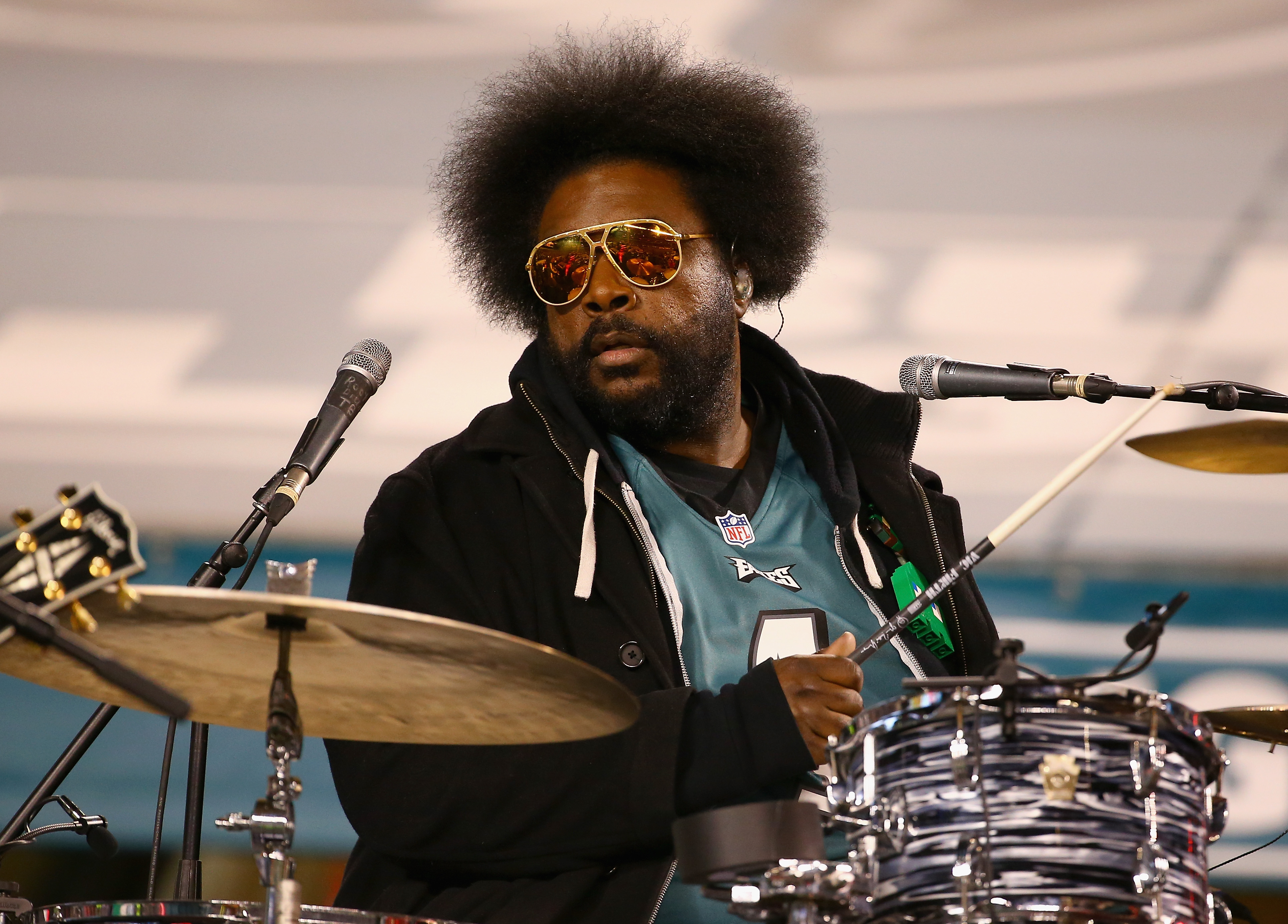 Another famous Philadelphian who hasn’t forgotten his roots is Roots frontman and drummer Questlove. He’s pictured above playing during halftime of the NFC Championship Game between the Eagles and Vikings on Jan. 21, 2018. After Philly romped to a 38-7 win over Minnesota, he posted on Instagram that https://twitter.com/DZangaroNBCS/status/955162514144268295