If you wanna believe … look to the stars. 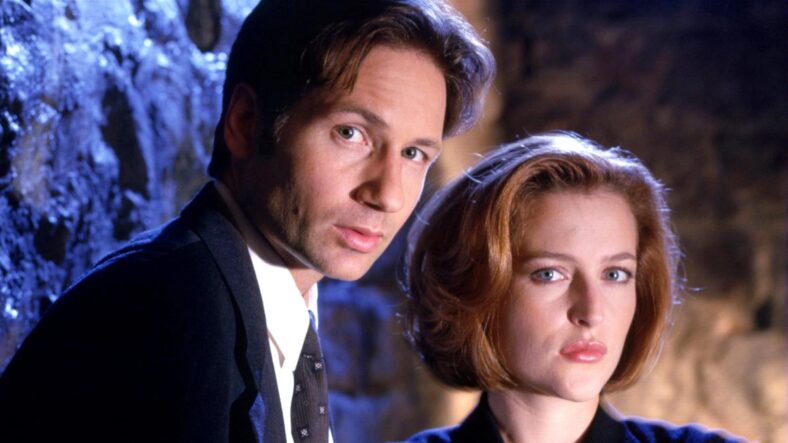 Before they became stars, countless actors had their shot at greatness guest starring on one of the best television shows of the nineties: The X Files. The series was created by Chris Carter and follows two FBI special agents with very different outlooks on the supernatural and extraterrestrial. David Duchovny played Fox Mulder and Gillian Anderson played Dana Scully, two performers who themselves were catapulted into the realms of massive celebrity due to the show.

But Anderson and Duchovny were not the only two people to become massive stars post-The X Files. After eleven seasons and two feature films, The X Files spawned countless impressive guests who would eventually become huge stars. While the series also featured excellent appearances by horror icons like Tony Todd and Bruce Campbell, today I’m taking a stroll through ten different celebs who appeared on the show before they made it big. Check them out now.

Long before Breaking Bad, Aaron Paul showed up on The X Files in a particularly scary freak of the week episode. Check out Season 9 Episode 4 “Lord of the Flies” to see what I mean.

In the season 3 episode “D.P.O”, Black showed up as an arcade worker with a dopey attitude. The character has a bit of a pathetic energy, and it’s wild to see Black so young and fresh-faced. Also, the character’s name was Zero and that’s cool. Jack Black forever.

Canadian superhero Ryan Reynolds appears in one of the best episodes of The X Files. “Syzygy” showcases the actor falling victim to two iconic teenage girls who are also murderous psychics. Get into it.

In the seventh season episode “The Goldberg Variation” a very young LeBeouf appears and it’s a head trip. Pretty shocking to see the controversial star guest as a child on this series, way before Disney’s Even Stevens.

The Alley McBeal icon was on The X Files near the end of the third season on the episode “Hell Money”. Liu went on to become one of the biggest stars of her generation, and even stars on the recent CBS All Access hit series Why Women Kill.

You may remember Wilson appearing in the vampire-themed episode, “Bad Blood”. The satirical episode saw Wilson portray a sexy Sherrif on this fifth season episode. I kinda wish there was more vampire content via The X Files, don’t sue me.

Bryan Cranston guest-starred on one of the most interesting episodes ever made during the 90s. Before playing Walter White in Breaking Bad, Cranston played a man who had no choice but to drive his car westbound. And if he stops, he dies. Very Twilight Zone. Check out the season 6 episode “Drive” if you haven’t already.

In an episode of season seven, Octavia Spencer appears as a character named Nurse Octavia. Why not? This future Oscar winner is also a horror icon after appearing in the polarizing Ma. Say what you will about Ma, Spencer knocked it out of the park.

Way before Monk and way way before The Marvellous Mrs. Maisel Tony Shalhoub showed up at the end of the second season of The X Files. He portrayed an eccentric scientist on the episode “Soft Light” by the name Dr. Banton.

Lastly, which guest star should have made this list but didn’t? Let me know on Twitter via @joshkorngut. I’m always around to chat all things The X Files!